MOSCOW, December 28. The government of the Moscow region after the new year will consider the question of granting subsidies to the privileged categories of citizens for high-speed toll road M11 “Moscow – St. Petersburg”, which after the free test is characterized by a reduced traffic flow. The Minister of transport of Russia Maxim Sokolov has informed on air of TV channel “Russia 24”. 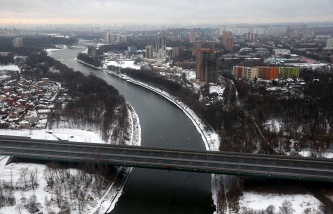 According to Sokolov, the results of the discussion at the Coordination Council on development of transport system of Moscow and Moscow region, it was decided to consider the experience of colleagues from France, when the “municipality guarantees a certain travel volume to a socially needy layers of the population and thus acts as the guarantor that the amount of travel will be done”. In turn, the concessionaire – the operator of the road – gives a discount in advance. “If this volume is not selected, the corresponding government municipality subsidizes transportation for its citizens”, – he explained.

Sokolov said that after the new year will be a meeting of the Moscow region government, the concessionaire and the grantor M11 to discuss this initiative.

“The situation is quite typical for the first months of the operation of any toll roads, when traffic after the introduction of charging and a long period of test out free mode with these roads, but then given the customer loyalty programs returns this traffic and roads function as successful projects,” said Sokolov.

Earlier the Governor of Moscow region Andrei Vorobyov called tolls on the highway M11 from Moscow ring road to Solnechnogorsk unaffordable for the residents of the suburbs. According to the Governor, the authorities of Moscow intend to reduce fares on the route M11 from Moscow to Solnechnogorsk, which was paid over a month ago, as the amount of payment causes many complaints from the population.

Paid mode of travel on the section of the highway M11 (from 15 to 58 kilometer) is valid from December 23. A road parallel to, designed to relieve the overcrowded Leningrad, worked nearly a year in testing mode for free and managed to attract the attention of motorists.