MOSCOW, December 28. The Ukrainian side has fully paid for the supply of nuclear fuel for the Russian atomic power stations in 2015. About it has informed journalists a source in the Russian nuclear industry, stressing that the Russian side had fulfilled all its supply obligations.

Kirienko: “Rosatom” is ready to continue to fulfil all its obligations to Ukraine

IAEA: Ukraine should independently decide on the purchase of fuel for nuclear power plants

“We (Russia – approx.ed.) this year has not broken any deliveries to Ukraine. The Ukrainian side is fully paid deliveries,” the source said.

Russia is the main supplier of nuclear fuel for Ukrainian NPPs.

According to the State statistics service of Ukraine, in 2014 Ukrainian nuclear power plants purchased fuel of Russian production in the amount of $588,8 million

Since 2000, Ukraine has started to develop cooperation with the American company Westinghouse on the project implementation at Ukrainian nuclear power plants American nuclear fuel. 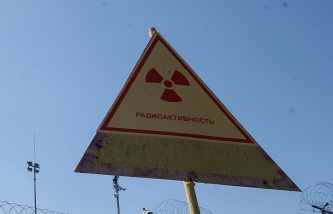 However, in April 2012 at the third power unit of South-Ukrainian NPP were revealed damaged fuel assemblies American production, after which the State nuclear regulatory Inspectorate of Ukraine (STATE nuclear Inspectorate) is obliged to carry out a complete unloading and analysis of the fuel from the reactors of second and third blocks. Subsequently, an ad hoc interdepartmental Commission has determined that the cause of the damage was design flaws.

However, in 2014, Ukraine’s leadership decided to return to the question of diversification of supply of nuclear fuel, and Westinghouse’s contract was extended until 2020.