PETROPAVLOVSK-KAMCHATSKY, December 28. /Corr. Elena Vereshchaka/. The authorities of Kamchatka asked the government to deprive “Dalspetsstroy” agreements for the construction of earthquake-proof housing in Petropavlovsk-Kamchatsky. Work erected in the neighborhood of “frozen”, the company owes the subcontractor more than 100 million rubles. This was stated by the Governor of Kamchatsky Krai Vladimir Ilyukhin.

“Of the nine houses only put three. “Dalspetsstroy” was not solvent, the company owed to subcontractors, including our Kamchatka organization. Debt exceeds 100 million rubles “, – said Vladimir Ilyukhin. 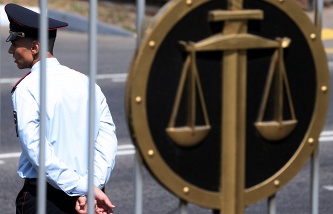 According to him, the debts to subcontractors, the company plans to repay due to the transfer of ownership of commercial housing in new homes. However, if the apartment will not be delivered in time, Kamchatka region risks losing Federal funding for the program “Improvement of stability of dwelling houses, basic and vital infrastructure facilities in seismic regions of the Russian Federation”.

“For us now the main task – to preserve funds that have been allocated this year for construction of housing under the program “seismic” and translate them for the next year in order to complete the construction”, – said the head of the region.

For this reason, the government of Kamchatskiy Krai sent the corresponding appeal to the Vice-Premier, the Plenipotentiary of RF President in the far Eastern Federal district Yuri Trutnev and Minister of construction of Russia Mikhail men. Regional authorities asked to choose a new General contractor from among Kamchatka companies.

“We (the government of the Kamchatka region) have proposed that one of our company chose the contractor who will complete the financing of 2016 the construction of residential district”, – said Vladimir Ilyukhin.