MOSCOW, December 28. The government of Russia will hold on Monday last in this year meeting. According to the press service of the Cabinet of Ministers on the agenda of the draft laws about online offices and simplification of procedures in the insurance industry, as well as the bill signing of the Protocol amending the Marrakesh WTO agreement to facilitate the procedures of foreign trade.

Of the eight agenda items six projects of Federal laws. The first of these amends to certain legislative acts of the Russian Federation on organization of insurance business.

Thus, the bill provides for a simplified procedure of the remote conclusion of contracts of insurance in the form of an electronic document on superannuation and life insurance on condition of periodic insurance payments and (or) participation of insured in the investment income of the insurer.

Additions to the Tax code

The Cabinet of Ministers will consider a draft amendment to article 162 of the Tax code, eliminating the possibility of double taxation in the case of a taxpayer that is a supplier of goods (works, services) of a contract of risk insurance to protect their property interests. 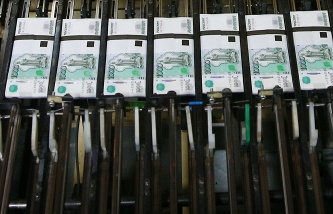 The Federal tax service for January-October increased the fees to the consolidated budget of the Russian Federation to 11.7 trillion rubles

In particular, the Tax code is supplemented by the provision according to which the VAT tax base should be increased by the amount of insurance payments under contracts of insurance of risk of default of contractual obligations by the counterparty of the policyholder is the creditor for the supply by the insured of goods (work, services) subject to VAT only if the taxpayer has not counted VAT on the date of the obligations, except for the sale of goods (works, services) subject to VAT at a rate of 0%.

The transition on control and cash technique

In addition, the government will discuss amendments to the legislation of the Russian Federation, which provide for a gradual transition to the use of cash registers (CCP) that transmits information on payments to tax authorities in electronic form (online cash).

When you do this on a voluntary basis to implement the new ticket type will be from April 2016.

“This will enable the presentation of economic entities to the tax authorities information about all the calculations using cash or payment cards in online regime”, – stated in the materials by the government.

Fire safety in Crimea and Sevastopol

In addition, the session will consider changes in Technical regulations on fire safety requirements, setting out for the Crimea and Sevastopol a transition period until 1 September 2018 in the application of norms of legislation in the field of fire safety.

Trade of Russia with the countries of the EAEU

Another bill on the agenda of the government on amendments to certain legislative acts in order to enable FCS powers for maintaining statistics of mutual trade of Russia with the member States of the Eurasian economic Union.

It is proposed to establish the responsibility of the Russian face, leading trading activity with counterparties from the countries of the EEU, to present relevant statistical form to the customs authority.

Changes to the Marrakesh agreement

The government will also consider the draft law on the adoption of the Protocol amending the Marrakesh agreement establishing the world trade organization. It was adopted by the WTO General Council in Geneva on 27 November 2014.

The additional Protocol includes the agreement on trade facilitation into Annex 1A of the Marrakesh agreement of the WTO.

Its goal is to optimize the movement, release and transit of goods, the acceleration and simplification of customs procedures, reducing the costs of trade, ensuring the efficiency and transparency of the relevant procedures. The document also clarifies the provisions of the General agreement on tariffs and trade (GATT), which defines the rules for levying fees and charges for procedures related to import, export and transit.

In the end, the Cabinet will discuss changes to the Statute on the Ministry of economic development in respect of fixation of the Ministry with powers in the field of public-private and municipal-private partnership, as well as changes in the regulations of the government in the preparation of financial-economic justification of some projects of Federal laws.