VLADIVOSTOK, December 28. /Corr. Natalia Nikulina/. More than 192 billion rubles of investments were attracted to the far East as a result of creation of territories of advanced development (TOR) and free port of Vladivostok, said on Monday the Corporation of development of the Far East (CRD).

“Corporation of development of the Far East signed 16 agreements worth 164,4 billion rubles on the implementation of activities in the territories of priority socio-economic development. There have been 86 requests for a total investment 282,7 billion rubles”, – stated in the message. 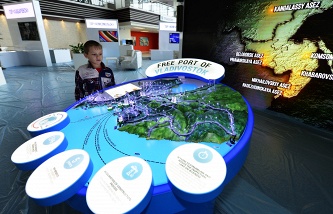 The largest number of residents registered in the top “Khabarovsk”. Five companies plan to build production lines for heat – and sound-proof materials, a metallurgical plant, a greenhouse complex year-round production of vegetables, industrial Park “Avangard” and a logistics centre.

“Two months after the entry into force of the law on the free port on the official website of the Corporation received 169 complaints about interest in acquisition of resident status. Two meetings of the Supervisory Board, on which the resident status of a free port was given to 9 companies for a total investment of 33.4 billion rubles”, – stated in the message CRD.

It is clarified that in the context of a free port in Primorye will receive modern agricultural production, tourist-recreational cluster, the production of energy-efficient equipment / LED lighting, innovative enterprise for processing of used tyres, logistic centers, and hotel and residential complex in the village of Slavyanka. As a result of project implementation will be employed more than 14.3 thousand people.

“A very important and responsible part of the work – the construction of infrastructure. Next year is scheduled to commence gasification sites “Sail” in Komsomolsk-on-Amur, “Rakitnoe” in Khabarovsk. We plan to begin preparations for the laying of power lines in THOR “Nadezhda”, THOR “Michael”, “Necropola”. In 2016 we will start preparing for large-scale projects of development and modernization of infrastructure of Kamchatka” – quoted in the message words of the Director General CRDW Alexander Korneichuk.

In Transbaikalia will create a regional Torah, to prepare for 2018

In the top of the “Amur” in the Amur region will be built a plant for the treatment of cement clinker, oil refineries, major logistics center. THOR “Belogorsk” will specialize in agriculture.

THOR “Beringovsky” will be created on the territory of the group’s coal deposits in Chukotka Autonomous district. It is anticipated that residents of the Torah will become the enterprises for extraction and processing of natural gas. 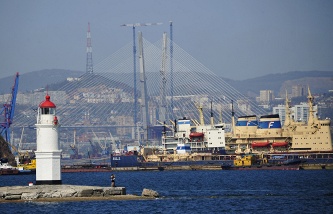