Verkhovna Rada of Ukraine adopted a law that allows the Cabinet of Ministers to introduce measures in response to a trade war with Russia, said trade representative of Ukraine Nataliya Mykolska. 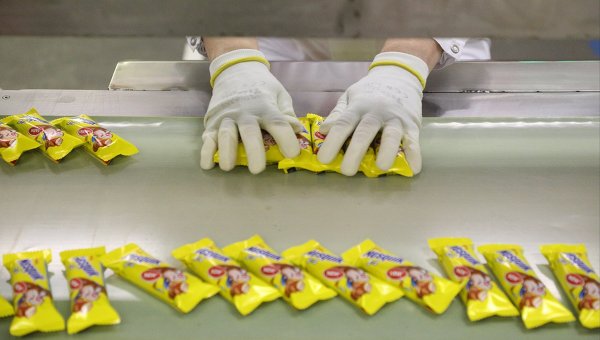 The Ukrainian Parliament on Thursday passed a law that will allow Cabinet to impose economic sanctions against Russia in response to Moscow’s decisions on free trade and food embargo. The document must be signed by the President of Ukraine Petro Poroshenko. The law will come into force on the day following the day of its publication in the official press.

“Last week the Supreme Rada of Ukraine adopted a law that allows the Cabinet of Ministers to introduce measures in response to a trade war with Russia. Therefore, we will not be able to respond to actions limiting the import of Russian goods on the territory of Ukraine”, — quotes the words of Gaina press service of the Ministry of economic development.

The Mykolska emphasized that regarding exports, the loss of the Russian market will not be a catastrophe for Ukraine, as for several years the majority of Ukrainian companies exported their products to the Russian market, began to shift to other markets.

“The Russian market has long ceased to be a priority for Ukraine, because, beginning in 2013, the Russian Federation imposes certain sanctions on certain products or goods. In particular, over the last three years exports of domestic goods to the Northern neighbor has fallen almost four times – from $ 17.3 billion in 2012 to 4 billion in 2015”, — said the Gaina.

As stated earlier, Russian Prime Minister Dmitry Medvedev, on 1 January Russia to protect its market for Ukraine introduces customs duties and grocery embargo similar to the one that applies to countries that supported anti-Russian sanctions. In addition, recently the Russian state Duma adopted the law on the suspension from January 1, 2016 actions concluded within the CIS Treaty on free trade area (FTA) with Ukraine. The document was submitted for consideration the lower chamber by President Vladimir Putin, who had previously signed the corresponding decree, which actually means the introduction of Ukraine duties on most favoured nation treatment. On Friday, the Federation Council approved the law.