Sevastopol and the Crimea are in a difficult position at the moment, said the head of the region Sergey Aksenov and stressed that the politicians responsible for the fate of their regions, can leave only after the fulfilment of the promises, or by a decision of the head of state. 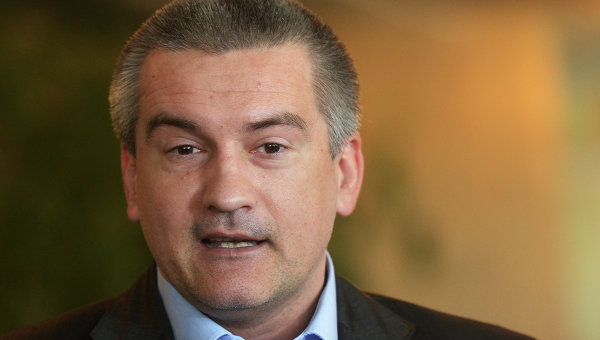 SIMFEROPOL, 29 Dec –. The resignation of the Chairman of legislative Assembly of Sevastopol Alexey Chaly hasty, because for decision-makers today is not the time to throw the ID on the table, said the head of the Crimea Sergey Aksenov.

On his resignation Chaly said on Tuesday during a parliamentary session. His decision was motivated by the failure of the program of development of the city legislature and the Executive. Now the decision to resign must meet the MPs, roan will remain a member of Parliament.

“In my opinion, for politicians today is not the time to throw the ID on the table. Sevastopol and the Crimea are in a difficult position. Managers responsible for the fate of their regions, made promises to the citizens and can leave only after the fulfilment of the promises, or by a decision of the President, or by the will of the voters. Neither the President nor the decision of the voters was not”, — Aksenov quoted by his press service.

The head of Crimea considers that the issue of resignation can play the role of “emotional reasons”.

“I believe that today we must work as a team – and in the Crimea, and in Sevastopol,” – said Aksenov.

Earlier, the head of Sevastopol Sergey meniailo said that the decision on resignation Chaly unexpected and emotional.