The results of the work of legislative and Executive authorities of Sevastopol cannot be considered satisfactory, said Alexey Chaly, stressing that his resignation is due to a responsibility to the voters for weak progress in the economy. 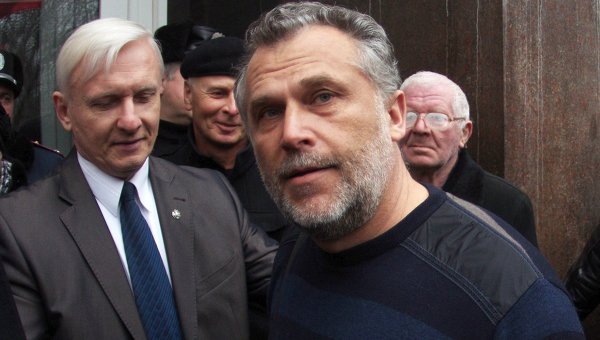 SEVASTOPOL, 29 Dec. The speaker of the legislative Assembly of Sevastopol Alexey Chaly said during his speech at the session of the regional Parliament that his resignation is connected with responsibility before the voters for weak progress in the economy due to the lack of professionals in city government.

Chaly said earlier that he had resigned from the post of Chairman of the regional Parliament. His decision was motivated by the failure of the program of development of the city legislature and the Executive.

“Three key aspects, which we have discussed – the urban planning, municipal management and economy – we hardly achieved any progress in the field of urban planning… You clearly see what’s happening on the streets and what happens in the economy. That is, from my point of view, there is no progress. Moreover, from my point of view, the situation is even worse than a year ago because a year ago there were resources, people, on which were pinned some hopes, and which had the relevant professionalism”, — said Chaly.

According to Chaly, the results of the legislative and Executive branches cannot be considered satisfactory. “It should be responsible the person who headed the party list, declaring such purpose I’m. On the basis of paragraph 6 of article 13 of the law of the city of Sevastopol No. 35-AP removed from itself powers of the Chairman of the Legislative Assembly of Sevastopol”, — said Chaly.

Alexey Chaly concluded his speech by saying that Sergei Menyailo, the second in the list of the party “United Russia” in Sevastopol. “I wish the person who took the second number in the list, and which under the same program were elected and had much more authority than I, for the implementation of this program, the same critical approach to the evaluation of its activities and to make the analysis and the corresponding conclusions”, — said Chaly.