MOSCOW, December 29. The reputation of Ukraine as a defaulting borrower will remain for years. This opinion was expressed by Minister of Finance Anton Siluanov in interview to TV channel “Russia 24”. According to him, in the future lenders will refuse Ukraine the grant of loans because of non-payment of debt to Russia. A country may years lose the opportunity to enter global capital markets, I am sure Siluanov. 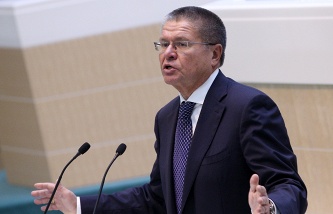 The speaker: the court upholds the fair is 100% Russia’s position to collect the debt from Ukraine

“This is a statement of Ukraine defaulting on sovereign obligations. This will significantly spoil their history as a borrower. Even after the implementation of the programme with the International monetary Fund (IMF), even after Ukraine will pay us and I have no doubt that it will be done, – nevertheless, the history of Ukraine as a defaulting borrower will remain for a long time”, – said Siluanov moratorium of the government of Ukraine to pay the debt to the Russian Federation.

“We need that money for the development of infrastructure projects”, – summed the Minister.

The government of Ukraine on 18 December imposed a moratorium on the payment of the debt of the Russian Federation. Prime Minister of Ukraine Arseniy Yatsenyuk motivated by the fact that “Russia refused to sign the restructuring agreement” on a par with private creditors. Thus, Ukraine chose to avoid default on its debt obligations, rather than negotiate on the basis of a proposal made by the President of the Russian Federation during the meeting of leaders of the countries “Groups of twenty” in Antalya in November.

In December 2013, the presidents of Russia and Ukraine Vladimir Putin and Victor Yanukovych have agreed that Moscow will give Kiev a loan of $15 billion through the placement of Ukrainian securities. Within the program bonds for 3 billion dollars were posted on the Irish stock exchange on 20 December 2013 and bought by Russia at the expense of the national welfare Fund.