It is expected that in 2016 under the Board of investment authorities of St. Petersburg will consider projects worth at least 300 billion rubles. In 2015, adopted a set of measures aimed at creating favorable conditions to implement investment projects. 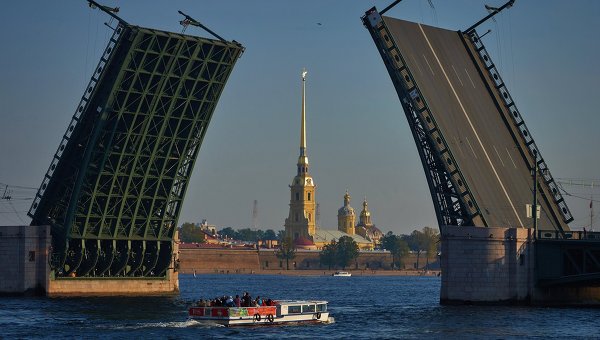 St. PETERSBURG, 29 Dec ─. The Council for investments under Governor of St. Petersburg in 2016 may consider the planned for implementation projects with a total investment of 300 billion rubles, told journalists the Chairman of the city investment Committee Irina Babiuc.

“We have a certain level review (Board of investment), on which we focus. We plan to see during the year under Board of investment projects were considered worth at least 300 billion rubles. It is quite achievable figures,” she said.

The real sector of the economy

According to the Governor of St. Petersburg Georgy Poltavchenko at the meeting of the investment Board, this year at three previous Council meetings were reviewed and approved 13 projects with a total investment of about 100 billion rubles. Taking into account approved at today’s meeting three more projects this amount increases to 150 billion rubles.

“In 2015, we gave the “green light” projects, which, according to the investment strategy of St. Petersburg and favorable to the city, and investors. They affect almost all spheres of life of the metropolis. A large part is intended for the real economy, creating modern high-tech industries, development of urban infrastructure, the social sphere”, – said the Governor.

According to him, the total investment in fixed capital of enterprises of St. Petersburg in the first nine months of 2015 was $ 282 billion. “Despite the difficult economic situation, we have every reason to hope that the annual volume of investments in fixed capital in St. Petersburg will remain at the 2014 level. The development interests of the city require that we intensified efforts to improve the investment mechanism and improve the activity of investors. We have substantial reserves and the potential for further investment growth,” he said.

Babiuc, in turn, noted that this year was adopted a complex of measures, directed on creation in Petersburg of an enabling environment for the implementation of investment projects.

“The package of support that we received this year, in particular the provision of tax incentives and provision of land to obtain the status of strategic investment project, gives some results. We have created all the necessary conditions to ensure that the flow of investment has been more intensive, applications from investors were more active. And we in the Committee is already a package of new investment projects, which we will consider in the next year,” she said.