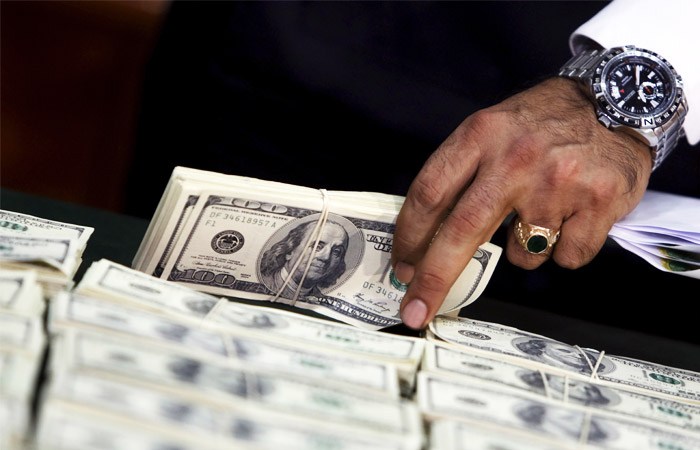 Moscow. December 29. The billionaires index, calculated by Bloomberg, indicated that reducing the state of the 400 richest people in 2015 a total of $19 billion amid falling raw materials prices and the strong weakening of economic growth in China.

The decline marked the first time since 2012, when he began his calculation.

“The excess oil, sluggish consumer spending and China that crashed as a saucer, and led to commodity markets – all this has frightened investors”, – said the American billionaire Ken Fisher, founder of Fisher Investments, which manages assets of more than $65 billion.

As of 28 December 2015, there is a rich list of the top 400 were funds totaling $3.9 trillion, which exceeds the GDP of any country in the world except the US, China and Japan.

The leader of the rating of billionaires, like last year, Microsoft founder bill gates, whose fortune is estimated at $83.6 billion In 2015, however, gates has become poorer by $3 billion.

The largest loss among the billionaires, the status of which is recorded in the index, suffered by Mexican telecommunications tycoon Carlos slim. The shares owned by his company America Movil SAB fell in 2015 by 25%.

Slim, who headed the list of the richest people in the world in may 2013, according to the results of this year took the fifth place. Billionaire status has decreased since the beginning of this year by almost $20 billion in connection with the attempts of regulators to split its business, controlling the bulk of the communication lines in Mexico. As of 28 December 2015 state of Sliema was estimated at $53 billion.

Meanwhile the condition of the well-known American investor Warren Buffett, ranked the third position in the billionaires index, has decreased in 2015 to $11.3 billion to us $62,5 billion Owned by Buffett’s Berkshire Hathaway investment company ends the current year with a loss for the first time since 2011.

Spanish billionaire Amancio Ortega, owner of Europe’s largest manufacturer and seller of clothes Inditex, has increased its status in 2015, $12.1 billion to $73,2 billion and came in second place in the ranking of richest people in the world.

The growth of his condition, however, was not the fastest. So, Jeff Bezos, the head of the Internet retailer Amazon.com increased status in 2015 for $30.7 billion to $59.3 billion (fourth place in the ranking of billionaires).

As of 1 January 2015, as calculated by Bloomberg billionaires index was comprised of 23 citizens of China, the total fortune which was estimated at $205 billion In may, their number reached 31 (the combined condition – $348 billion), however as of 28 December it was reduced to 28 people with a combined fortune of $256 billion.

Calculated in Bloomberg index of billionaires in 2015 included 19 Russians, their aggregate wealth declined during the year by $8 billion.

In 2014, when Western countries imposed sanctions against Russia in connection with the situation around Ukraine, the richest people in Russia lost a total of $55 billion.

44 of the 400 richest people in the world this year – representatives of the technology sector. Their cumulative condition has increased over the year by $81 billion.

The founder of social network Facebook mark Zuckerberg has become richer by $12 billion, ranking the 8th place in the ranking of billionaires, his fortune amounts to $46,1 billion.

Google co-founders Larry page and Sergey Brin have increased status in 2015, respectively, at $10.4 billion and $9.8 billion

Meanwhile the billionaires, representing the primary sector (31 people in the list of Bloomberg), this year is poorer than a total of $32 billion amid falling prices for oil, copper, gelrode and other commodities