Advisor to the President of Russia on culture Vladimir Tolstoy noted the progress in the work of Mikhail Bryzgalov, and stressed that its transition from the Ministry of culture as head of the all-Russian Museum Association of musical culture named after Glinka cannot be regarded as “dismissal”. 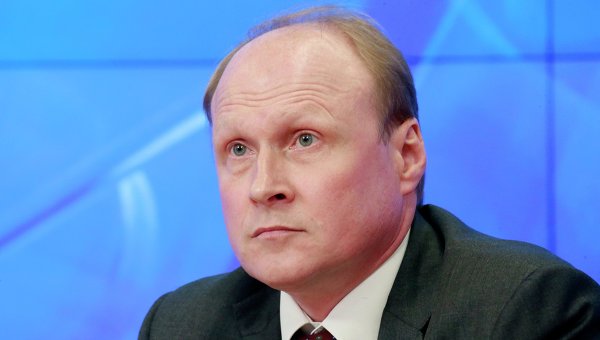 MOSCOW, 29 Dec –. Advisor to the President of the Russian Federation on culture Vladimir Tolstoy said that the transition of the ex-Director of Department of cultural heritage Ministry of culture of Russia Mikhail Bryzgalov as head of the all-Russian Museum Association of musical culture named after Glinka cannot be regarded as “dismissal”, and this decision “has nothing to do with the state Council”.

Earlier, several media outlets reported that Bryzgalov left the post at own will, immediately following the meeting of the Russian Council on culture and the arts, where President Vladimir Putin ordered to establish a mechanism for the protection of cultural heritage from destruction, after a representative of the all-Russia society of protection of monuments of history and culture Galina malanicheva stated that many cultural heritage sites are not officially registered.

“The success of Mikhail Bryzgalov in the work of the absolutely undoubted, he deservedly enjoys a great reputation in the Museum world, and generally in the professional community. It was therefore very disappointing to read in some publications that this alleged dismissal and some dissatisfaction with his work following the meeting of the Council for culture and art”, — quotes the press service of the Ministry of culture Tolstoy.

Tolstoy noted that no direct communication from the Department, previously headed Bryzgalova, with the protection of cultural heritage no, “this deals with another Department”. “Generally, these events are not connected, just coincided,” said the Advisor to the President of the Russian Federation on culture.

He also stressed that accumulated over the years the issues and problems in the Museum field, associated including with the legislation that was gradually being addressed, and “in many respects it is a merit of people working in the Department Bryzgalov”.

“Despite difficult times, all the museums continue not just to perform well but, based on all objective indicators, increase their attendance, which suggests that, thank God, museology in the country is at a good level, — said Tolstoy.