MOSCOW, December 29. Russian trade turnover in 2015 has fallen by more than 30%, said in an interview with TV channel “Russia 24” the head of the Ministry of economic development Alexei Ulyukayev. 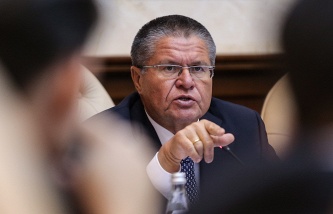 Ulyukaev: privatization of shares in large companies will take place through sale in the market

“We see that it (the trade) is experiencing a significant downturn this year, it is more than 30% decreased. For Europe – this 37-38% decrease,” – said the Minister.

According to the Minister, a big problem for the Russian economy did not create the quotes of the ruble and high volatility. “The problem is not that the high or low quotation currency, the problem is not whether a dollar 30 or 70 rubles, and that it varies greatly “, he said.

However, Ulyukayev predicts that inflation in Russia will decrease to less than 10% in the second quarter of 2016. 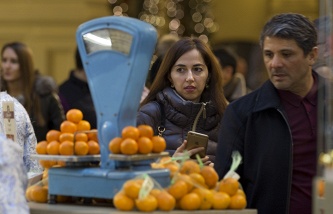 “General dynamics (inflation) can be traced down. We, probably, next year will reach a level below 10%, only a little later than we expected. We assumed that this will be the end of the first quarter. But I will move these expectations to the second quarter,” he said.
“Thus, then will the ratio change in consumer demand,” the Minister added.

In November, consumer inflation in Russia accelerated to 0.8% against 0.6% in September and 0.7% in October, from the beginning, it was 12.1%, reported in the December report, the Ministry of economic development. In December, inflation will continue to accelerate due to the resumption of the weakening of the ruble amid falling oil prices and strengthening inflation expectations, including through the extension of the embargo on the products, said the Ministry.

Because of the high base effect at the end of last year in annual inflation continues to decline, but slower than projections. In November, inflation amounted to 15% year-on-year.