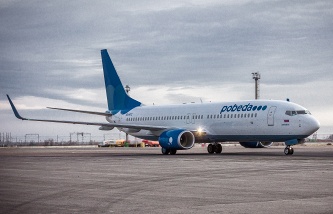 Earlier “Victory” gained access to performance of international transportation and has opened several directions: to Bratislava, Salzburg, Vienna and Milan. Flight to Salzburg will be closed due to low demand.

The airline “Victory” made its first flight on 1 December 2014. The company’s fleet consists of 12 brand new Boeing 737-800NG. By 2018, the carrier fleet will consist of approximately 40 aircraft and transportation are expected to be 10 million people per year. Transaero’s route network will include more than 45 domestic and international destinations.