Prime Minister Dmitry Medvedev signed a decree approving the list of prohibited for Turkish companies activities in Russia. Experts believe that the measures taken by Russia will have a strong impact on the Turkish economy. 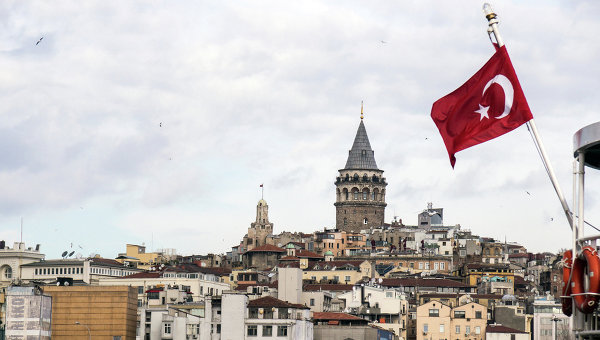 MOSCOW, 30 Dec. Turkey will not be able to avoid damage to their economies because of the restrictive measures imposed by Russia, believe experts.

Prime Minister Dmitry Medvedev on Wednesday signed a decree approving the list of prohibited for Turkish companies activities in Russia. The ban covers travel agencies, hotels and the implementation of services for state needs.

According to the government, the list, in particular, included: construction of buildings and engineering structures, activities in the field of architecture and engineering, research and analysis, activities of travel agencies, hotel management, execution of works, rendering of services for state and municipal needs, the processing of wood.

According to the senior researcher of the Center for international security IMEMO Vladimir Sotnikov, Turkey has few options replacement economic cooperation with Russia, and the Turkish leadership’s hard not to recognize this fact. “I don’t think Turkey has a great choice of accommodation for other partners to replace what they had with Russia”, — said the expert.

As an example, he cited recent reports that Turkey considers Israel as a potential supplier of natural gas. According to Sotnikova, in reality tel Aviv is unlikely for Ankara partner in this area. “The leadership of Israel would have thought twice before you jeopardize its strategic relations with Russia, entering into such cooperation with Turkey”, — said the expert.

“If Turkey found a replacement full-fledged economic cooperation with the Russian Federation, and the tone of the speeches and (foreign Minister Mevlut) Cavusoglu, and (President Tayyip) Erdogan would have been different. We would see the aggressiveness,” said Sotnikov, reminding that the Turkish leadership after the deterioration of relations with Moscow constantly insists that counts for their normalization.

However, according to the expert, to achieve the normalization of Ankara can only be the case if it recognizes its responsibility for the incident with the Russian su-24.

“While the Turks will do what they should have done from the beginning until you have at least an apology for the downed plane and the deceased pilot, I do not see any opportunity for Turkey to circumvent the current Russian ban on cooperation with Turkish companies. And while he will be very effect on income in the Turkish economy, there’s no doubt about it,” said Sotnikov.

According to the senior researcher of the Institute of world economy and international relations Victor Nadein-Raevsky, it is difficult to predict how the Turkish businessmen will bypass the measures, promulgated by decree but the blow was struck as the Turkish business and domestic.

“To characterize what the loss incurred by the Turkish economy, is at present difficult, because some of the companies who fell under the ban, continues to work here, the part will be able to resume work, but will not be new contracts. To the extent these measures can be much more than it seems at first glance,” said Nadein-Raevskii.

The expert suggested that from the Russian side against Turkey “will be any action, and it is unlikely that all will confine myself to those branches of business.”

“Suffer all kinds of relations, including cultural and so on. So we can expect effects in other areas. Hard to say, but the calculation is such that there was minimal damage to the Russian side and the maximum is Turkish. Expect and Turkish steps in a particular field, for example, their support of the Crimean Tatars, namely the part of the thugs who had settled in this territory and form his battalion now,” said Rajewski.

According to him Turkey are taking steps in this direction are extremely dangerous.

“Because throwing rocks at the Windows of the neighbor, if he lived in a glass house, is extremely dangerous. They also have groups, huge layers of the population who are not Turks by birth, and Russian support for such national entities in the future could be much more painful than support several hundred renegades”, he concluded.

In particular, Russia from January 1, 2016 banned the import from Turkey of a number of products suspended the visa-free regime with Turkey, and cancelled Charter flights. In addition, employers from 1 January 2016 it is forbidden to employ workers from among the citizens of Turkey, previously the President also instructed to prohibit or restrict the activities under the jurisdiction of the Turkish organizations in the territory of the Russian Federation.