The idea of interactive television is fully implemented in the new Sony BRAVIA TVs on the platform base Android TV™.1 / 3 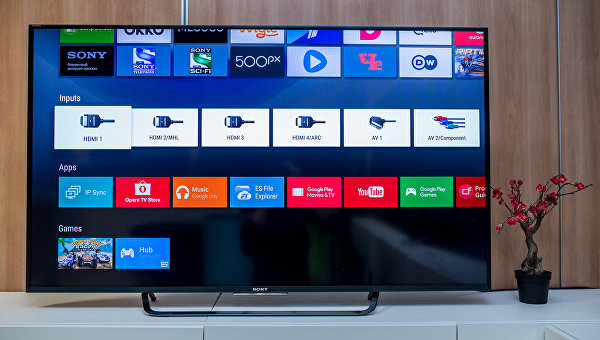 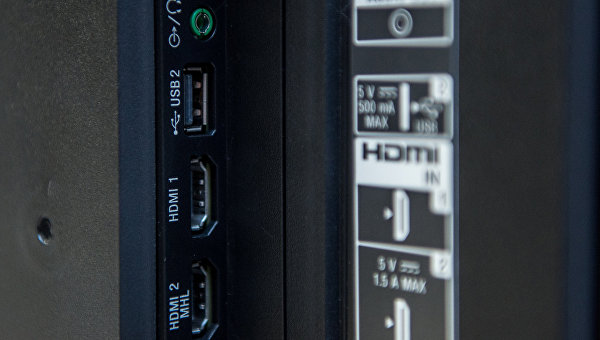 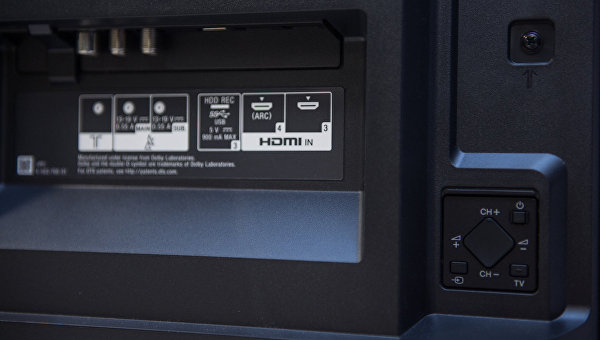 Modern TVs don’t just “tell and show”, now the capabilities of these devices cover a wide range of user queries. In addition to demonstrations of sound and image high quality, “smart” TVs tend to have a computer function, providing, including the usual online services on the big screen.

Smart TV not only provides an easy and convenient access to a variety of video games and Internet resources, but also able to share multimedia data with paired devices: smartphone, tablet, laptop, etc.

From the point of view of the user, access to the big screen to the familiar and beloved mobile content gives a lot of opportunities, and the TV turns into a full-fledged multimedia center.

The idea of interactive television, allowing the user to plunge into the world of movies, music, games and entertainment, fully implemented in the new Sony BRAVIA TVs on the Android platform TVTM* available with 2015 Russian users.

With Android TVTM user gets the opportunity to broadcast your favorite content from mobile devices on large screen with high resolution, to install games and apps directly on the TV, use voice search, access to services™, and more.

To get acquainted with Android TVTM we decided on the example of a 55-inch TV Sony X8 series (KD-55X8505C) with support for 4K Ultra HD.

The details of design

It is worth noting that the TV looks very solid, he has a thin 2.1-inch case**, and a large screen, suitable for the living room.

The gadget is equipped with a thin graceful stand that can be removed if using the wall mount bracket.

Included with the TV are two control panels: traditional with buttons and remote control with a touch panel, operating on the principle of the touchpad.

“Chips”, pleasing to the eye

The TV screen has an led backlight (LED) that provide images with high clarity and realistic color reproduction.

The TV is equipped with a powerful 4K processor X1 that can analyze and optimize an image from any source: video standard and high definition (on Blu-ray*** to Internet content) carefully processed and improves the quality comparable to 4K, i.e., up to the highest standards.

Another “trick” that helps to get the high image quality on the Sony BRAVIA screen technology is the TriluminosTM Display.

One of the main goals of our testing was AndroidTM operating system (current version 5.1), allowing to expand the capabilities of conventional television to media center.

To turn the TV into an analogue increased its own smartphone with access to the huge amount of content — the experiment is interesting in all respects.

In order, for example, download the game from Google PlayTM*, you just need to enter your Google ID. To the TV you can connect different joysticks and fully enjoy the game.

Think that the number of customized apps for Android TVTM will grow, and with them the interactive features of the TV.

In addition to the applications™, the user receives access to content online cinemas, and applications of Russian TV channels, such as Okko, ivi.ru, Megogo, Tvigle, STS and many others.

So, service support CastTM ™ allows you to broadcast on a large video screen with a mobile device Android or iOS in one click — for example, you can watch videos from YouTube, selected on the smartphone. However, you can continue to use a mobile device.

How to “talk” with TV

Interactivity TV adds voice search provided in all Sony TVs on base of Android TVTM.

The system will find the desired video and / or will give the answer to the question in the form of informational “cards” to Google.

The microphone, through which you can specify search queries and to give commands to the TV, built-in touch control.
“Talk” with TV you can also via smartphone or tablet by installing a free app — TV guide by Sony TV SideView****.

In conclusion, I would like to mention a simple and intuitive interface of TV, the convenience of using the device.
Home page interface is a set of sections, depicted schematically in the form of icons.

Easy to navigate: on hand as applications and games and content online cinemas.

Well, having tested a Sony TV with Android TVTM, is to recognize that we are dealing with a new stage of development of TV: in addition to the high image quality of modern television gives the user a lot of possibilities, leaving the viewer the freedom of choice of content and demonstration of the usual services on the big screen.

* Android, Google Play are trademarks of Google Inc. The list of available applications and services vary by region

** at the thinnest point