MOSCOW, December 30. Russian aircraft in two days, has completed over 120 combat missions and attacked more than 420 objects of terrorists in Syria, told journalists the official representative of the Ministry of defense of the Russian Federation Igor Konashenkov.

“In the past two days, from 28 December, the aircraft of the aerospace defence forces of Russia in the Syrian Arab Republic has fulfilled 121 sortie on 424 sites in the provinces of Aleppo, Idlib, Latakia, Hama, HOMS, Damascus, Darya, raqqa and Deir-ez-Zor,” said the General.

The destruction of the warlords

In particular, the su-34 struck a building where there passed a meeting of leaders of fighters, the building was completely destroyed, said Konashenkov. He noted that data collection site was provided by the representatives of the Patriotic opposition forces. 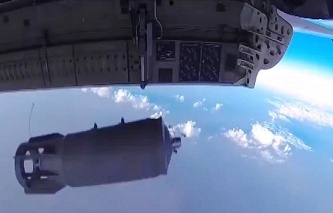 The General staff: the aircraft of the Russian Federation supported the offensive of the opposition on the “capital” of the IG

“After confirming the information of the arrival of the warlords at the gathering place, according to the structure, which held the meeting, the su-34 was applied aviation kick. As a result of a direct hit by bomb corrected the building and all its contents were destroyed”, – he said.

He said that as a result of strike killed five SUVs with large-caliber machine guns, one infantry fighting vehicle, and four trucks, loaded with ammunition. In addition, according to Konashenkov, in the area Sarget El ARZ (province of Aleppo) su-25 destroyed the stronghold of the terrorists. “As a result of direct hits destroyed a tank and three vehicle mounted with heavy weapons,” – said Konashenkov. 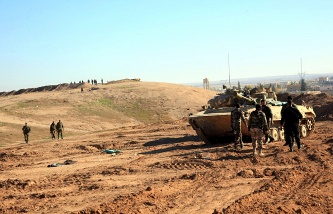 The General staff of the Russian Federation: the Syrian army released nine localities in the province of Aleppo

The destruction of the complex “Wasp”

Military said that in Damascus, was destroyed shelter, where he was captured by terrorists anti-aircraft missile complex “Wasp”. “Its destruction was involved bomber su-34. As a result of direct hits by bomb BETAB-500 building with all its contents was destroyed”, – said Konashenkov.

In addition, according to the Agency, the aircraft destroyed a large ammunition group “Jabhat EN-Nusra”, the data of which were transferred to the opposition.

“A few days ago representatives of another formation of the Syrian Patriotic opposition, operating in Idlib province, were transferred to the location information of a large warehouse of ammunition of the group “Jabhat EN-Nusra” in the area of the settlement Serba. After studying aerial photographs of the area and carrying out additional exploration unmanned means, on a specified goal has been induced bomber su-24M. By means of objective control confirmed the destruction of this object” – said Konashenkov.