The Russian Embassy in London December 24, sent to the British foreign office a note in connection with long-term retention of passports of diplomats, extending the visa. Under current procedures, this process takes 4-5 weeks, but in the case of the Russian Embassy passport was on extending visas for 16 weeks. 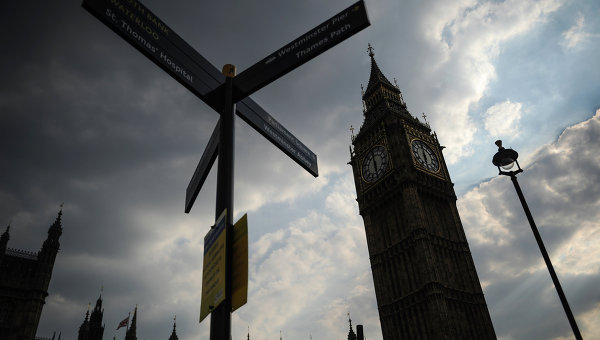 LONDON, 30 Dec. Britain has long ceased to comply with international agreements regarding visas for diplomats, and by “visa maneuvers” hinders the work of the Russian diplomatic missions, said the representative of the press service of the Russian Embassy in the UK.

However, the Embassy refused compliance. “The only written bilateral agreement between Russia and the UK, is a Memorandum of understanding on the issuance of visas 1989”, — noted in the Embassy of the Russian Federation, stressing that “the British side has long ceased to comply with the provisions of the Memorandum initiating the visa problem.” “Then followed a combination of a number of discriminatory measures against the employees of the Russian diplomatic missions in the UK”, — said the press service.

“Us never ceases to amaze why the British side… hampered by visa “maneuvers” the normal operation of Russian diplomatic missions in the Kingdom in violation of its own international obligations”, — said the representative of the press service of the Embassy of the Russian Federation.

Russia will not agree to a discriminatory approach

“The timing of long-term business trips of our employees depend on how many will be “mercy” to the British authorities extended the visa, and renew it at all, after the British allotted time,” said the Russian diplomat.

“This is a clear violation of the receiving party to the Vienna Convention on diplomatic relations of 1961, and we cannot accept such a discriminatory approach,” he said.

According to him, “that kind of English visa mechanism is designed in relation to the Russian diplomatic missions in the UK thus, in order to force our employees to return to Moscow before the end of the mission (or, one might say — to expel them without noise)”. “And even without a timely replacement because quickly replace departing employees the other is impossible, as business travellers are waiting for the issuance of visas in Moscow not one, but several months, and our “waiting list” over the British five times”, — said the diplomat.

Diplomats of the Russian Federation are waiting for visas 16 weeks

He also criticized another comment from the foreign Office that “the approach to the extension of visas for officials of the Russian Embassy in London reflects the order that exists for employees of the British Embassy in Moscow”.

“We have repeatedly emphasized that on this account there are no bilateral agreements, and employees of the British Embassy in Moscow and members of their families, as far as we know, is not faced with such difficulties, and even EN masse. The term of prolongation of visas in the British party established the procedure for all diplomatic missions is 4-5 weeks,” said the spokesman.

With regard to the Russian Embassy, he pointed out, “at the present time the British authorities on the extension of visas are dozens of passports of our employees and their families, and the processing time is almost half of the bids have ranged from 6 to 16 weeks”. “It limits the freedom of action in both professional and humanitarian aspect”, — said the diplomat.