Russia was the main market for Ukrainian food products. In the case of the introduction of the food embargo Russia Kiev deliberately restrict the sale of their goods, leaving their farms to poverty, the expert said Andrei Suzdaltsev. 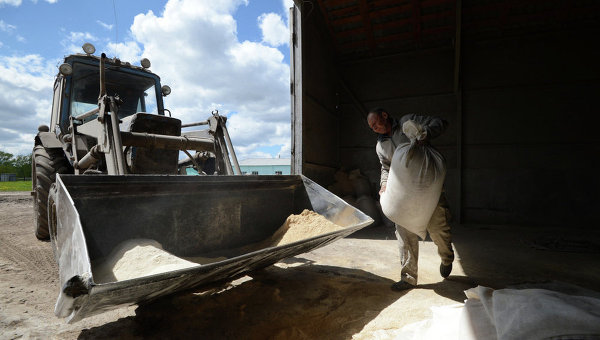 MOSCOW, 30 Dec. Kyiv, in the case of the introduction from January 10 food embargo of the Russian Federation, actually dooms his farm in poverty. At the same time, for Moscow, the negative impact such restrictions will be minimal, and to find an alternative to Ukrainian goods will not be difficult, says the Deputy Dean of the faculty of world economy and world politics of the higher school of Economics Andrei Suzdaltsev.

On the eve of the Ministry of economic development of Ukraine requested the Cabinet of Ministers to suspend the free trade area (FTA) with Russia within the CIS, and also to impose an embargo on some Russian goods. According to the list published by the Department, under precambria can get vodka, confectionery, meat, chocolate and chocolates, baby food, fish, processed cheeses, Beers, filter cigarettes, food for dogs and cats and a number of other food products. Also under the ban can get equipment for Railways or tramways, diesel-electric locomotives.

“Given that Russia was the main market for Ukrainian food Kiev thus deliberately restrict the sale of their goods, leaving their farms for the poor,” Suzdaltsev commented on this step of Kiev.

The expert believes that products manufactured in Ukraine, the European Union is not needed because “not certified and not pass on the quality standards of countries-members of EU”. “By the way, we are also not held, as our standards are generally higher than in the EU,” he added.

In evaluating the possible negative consequences of the Ukrainian embargo, Suzdaltsev expressed the view that their effect will be minimal. “It’s not a tragedy for our market. We’ve got (them — ed.) to replace, and the effect we actually feel — except for those foodies who love to indulge in chocolates of Roshen. In this case, Kiev decided that the political component of this decision is more important to him. Maybe they think that the EU compensate for these financial losses… Yet that is exactly what happens,” said the analyst.

As stated earlier, Russian Prime Minister Dmitry Medvedev, on 1 January Russia to protect its market for Ukraine introduces customs duties and grocery embargo similar to the one that applies to countries that supported anti-Russian sanctions. In addition, recently the Russian state Duma adopted the law on the suspension from January 1, 2016 actions concluded within the CIS Treaty on free trade zone with Ukraine. The document was submitted for consideration the lower chamber by President Vladimir Putin, who had previously signed the corresponding decree, which actually means the introduction of Ukraine duties on most favoured nation treatment. The Federation Council approved the law on Friday.