MOSCOW, December 30. The volume of direct investments in the Free port of Vladivostok for the first two months of the relevant act will exceed 74 billion. Further investor interest in the port will grow, said the Minister of the Russian Federation for Far East development Alexander Galushka. 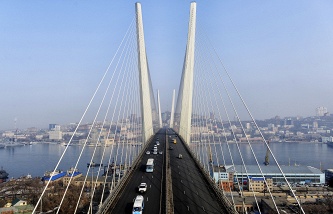 Trutnev: the free port of Vladivostok in the course of the year will reach its design capacity

“The law on the Free port of Vladivostok on 12 October this year in force. Today, at the end of the year, the law came, filed the first requests more than $ 74 billion rubles of direct investments. And that, in General, over two months of work. Moreover, interest is growing”, – he told in interview to TV channel “Russia 24”.

According to the Minister, with the introduction from 1 January 2016 due to tax exemptions “the law will continue to disclose its potential”.

Earlier it was reported that the Free port of Vladivostok for 2016 should reach full capacity. On the first East economic forum (WEF), which will be held in Vladivostok in September of 2016, investors will discuss the prospects of further development of the Free port legislation.

Free port regime imposed on the territory of 15 municipalities of the Primorye territory, including their Maritime area. The total area of the territory, which covers economic area is 28.4 thousand square kilometers. Home to 1.4 million people (75 per cent of the population of the region). The first resident of port became Pacific investment company with the project of 182 rooms cost 5 billion roubles in the village of Slavyanka.