MOSCOW, December 30. U.S. Secretary of state John Kerry understands the processes occurring in the world, but the policies pursued by Washington, is influenced by many factors. This opinion was expressed in interview to TV channel “Zvezda” Russian foreign Minister Sergei Lavrov. 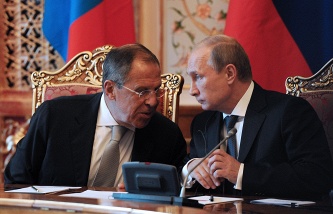 He noted that U.S. Secretary of state is one of the most sophisticated and practical activities of the international politicians. “He understands what is happening, – said the head of the Russian dipvedomstva. – Sometimes we are walking together, when we conduct out meetings. But on the practical actions of Washington are influenced by a number of factors, one of which is geography. They believe that they have fenced off: upper Canada they (almost ally), from Mexico and the ocean.”

Lavrov believes that the September 11 attacks “have shaken US very badly”. “Now especially was shaken by the terrorist attack in San Bernardino, California, a few days after U.S. President Barack Obama said that “we have been able to contain terrorism and not to let him in America,” he said. – Of course, it will all be used in the game of politics in the United States.”

Another point, which, according to Lavrov, affect the practical actions of the USA, “no matter how deep and correct analysis of the current situation is American electoral cycles”.

“Every two years elections: every four years – presidential and intermediate, and two-thirds of Congress – the Senate and house of representatives, said the Minister. Is for them the major milestones in the political life. When it comes to the country that has the most powerful military force, economy and the most powerful influence in the world, and every two years elections are political, very often it happens that the most important problems of the world become hostage to electoral considerations of the current government in the US, which thinks about how to make her move on the outside of the arena would be “in theme” and scored extra points for the candidates of his party”.