The MICEX index in January will resume its rise and may attempt to test local maxima, said Evgeny Loktionov from PSB. Sergey Yarkoev of “RIA Rating” I am sure that the end of the month the market will finish at around 1700 points on the MICEX index. 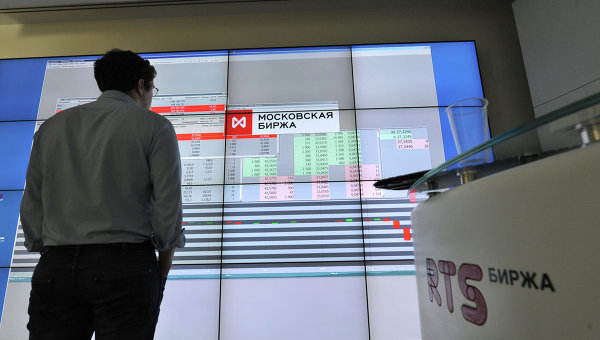 MOSCOW, 30 Dec. Dmitry Mayorov, Elena Likova. Analysts of investment companies and banks expected in January growth of the Russian stock indexes and the ruble against the dollar and the Euro on expectations of higher oil prices, according to a survey conducted by “RIA Novosti”.

In line with the consensus forecast, based on expectations of analysts, the MICEX index and RTS in January will increase by about 1.8% and 5.3%, respectively. The price of Brent crude oil will grow by $ 3 to $ 40 per barrel, experts believe.

The Euro-dollar exchange rate, estimated to decline by 1.5 per cent to 1,085 USD. The ruble against the dollar will rise by 3.5% against the Euro on 4 of the ruble, analysts say.

Oil will remain the main driver of stock market of the Russian Federation, analysts say.

At the end of December, oil prices began to show signs of stabilization, recalls Valery Yevdokimov from Nordea Bank. “Despite the large number of negative forecasts, we believe that oil prices can show at least the technical growth in January. The Russian stock market, in this case, will follow a positive trend,” he commented.

Georgy Vashchenko of “freedom Finance” suggests that a possible significant rebound oil prices. “The reason for this is mainly technical rebound within a speculative play on the rise. If the oil will rise to $ 50 per barrel in the first quarter, the low prices may last throughout 2016,” he explains.

However, Sergey Yarkoev of “RIA Rating” believes that the price of oil in January will drop to around 30 dollars per barrel of Brent. “However, to break the mark she will not be able, moreover, by the end of the month we expect the formation of a trend approaching the resistance level of $ 40 per barrel is relatively reasonable for the market of marks from the point of view of cost of raw materials,” he predicts.

In January the Russian stock market will remain volatile without a clear trend, being under pressure from instability in oil prices and fears of a continuing recession, expects Sergey Danilov from the Bank “BCS Prime”.

The MICEX index in January will resume its rise and may attempt to test local maxima (1830-1850 points), but will complete the first month of a leap year, according to our expectations, in the area 1770-1810 points, said Evgeny Loktionov from PSB.

In the first half of the month, you can expect a decline of the market after a long holiday and under the influence of a relatively unfavourable external environment, said Sergey Yarkoev of “RIA Rating”. By the end of the month the situation will improve due to the stabilisation of commodity markets, which will spur demand for papers of metallurgical and oil and gas sectors, as well as blue chips in other sectors, he said.

“As a result, the end of the month the market will finish at around 1700 points on the MICEX index”, — predicts analyst.

And, according to Vashchenko, there is a chance that in January the market will increase 5-7%. Opening long positions in the securities of the first echelon looks good speculative idea, the level of 1850 points on the MICEX index seems achievable technical goal, he adds.

As said Valery Vaisberg of the IC Region, the positive factor is the expectation of a new “big” privatization, however, before mid-spring to rely on practical action by the government in this direction is unlikely.

The hopes of the ruble on the rise

The ruble may receive some support in the beginning of next year in emerging correctional moods in the oil market, says Denis Davydov from Nordea Bank.

Schedule foreign currency redemptions in 2016 looks much less aggressive, whereas a positive current account balance looks a significant advantage in the line of currencies of emerging markets, said Vladimir yevstifeev of Bank Zenit.

The ruble will be strong on the background of further reduction of imports and to reduce payments on external debt, also said Valery Vaisberg of the IC Region.

In addition to falling oil prices and fundamental overheating, in January the Russian market can pay for new year’s eve sketch of quotes — the speculators will have to dump typed this at the end of December position, says Alexander Golovtsov, of URALSIB.

“Particularly vulnerable to such are unloading shares in the financial and consumer sectors. In a relatively advantageous position remain the fertilizer producers, the dollar prices for products which fall not as dramatically as oil or metals, allowing to earn on the devaluation. An overvalued ruble and the increase in the tax burden will continue to put pressure on the quotations of oil and gas companies,” he explains.

However, Evdokimov from Nordea Bank believes that the growth potential in stocks of companies of retail trade (“Magnet”, “Dixie”). “Prolonged Christmas holidays can impact positively on the revenue of these companies”, — says the analyst.

What of Yevgeny Abramovich from Dukascopy Bank SA says it expects the continued fall in real incomes, which adversely affected the financial performance of retail chains next year. She recalls that at the end of the month will publish unaudited results for the year of 2015, and the management company will announce the forecast of the rate of revenue growth next year.

Also among the growth leaders can be stocks of companies of metallurgy (Severstal, MMK, NLMK), says Evdokimov. In these papers has already passed a significant price correction and they may become attractive to buy, he explains.

In his view, the largest decline may be the shares of ALROSA, RusHydro and TMK. “According to these papers the main reason for the reduction can be technical signals that occur after growth in the second half of December,” he explains.

Better will be traded shares of the banking and commodity sector, but an exception might be “Gazprom” in case of aggravation of relations with Ukraine, which often happens in winter, says Vashenko.

Loktionov from PSB recommends to stay for the holidays in “chips”. “Locally we highlight the banking sector (in particular, Sberbank), Norilsk Nickel, and LUKOIL and “Gazprom” — quoted examples of it. And explains that “Gazprom” interest on expectations of the approval of the government decision to transfer dividend payments to the base IFRS if IFRS profit more than RAS.