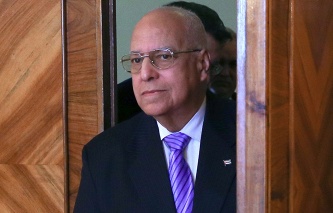 Russia is to grant Cuba a state loan of €1,2 billion to Finance the construction units

“Should be reminded of the strategic significance signed with the government of the Russian Federation of the agreement on financing on favorable terms for the construction of four power units of 200 MW each and the modernization of our ferrous metallurgy”, – said Tuesday the head of state at the close of the regular session of the National Assembly of people’s power (Parliament) of Cuba.

On the question of the economic, commercial and financial relations of the Caribbean island with other States, the Cuban leader stressed that they “are entering a new stage”. In the first place, he noted, this applies to the 14 member countries of Paris club creditors with whom on 12 December in Paris achieved an “important multilateral agreement”. According to Raul Castro, the agreement “allowed to solve an old problem, given the reality and possibilities of the Cuban economy”. “This agreement opens a new stage in economic, trade and financial relations with the member countries, so as to facilitate easy access to much needed medium-and long-term financing plans for development,” he said.

Raul Castro confirmed that the Cuban state to respect their commitments. “Despite the ongoing financial constraints, perform the commitments made in the various processes of debt restructuring with foreign creditors, with the tendency of gradual recovery of the international credibility of our economy”, – said Castro.