MOSCOW, December 30. The size of payments by France for non-delivery of Russia’s helicopter carrier “Mistral” to three times the amount of the contract paid Moscow. 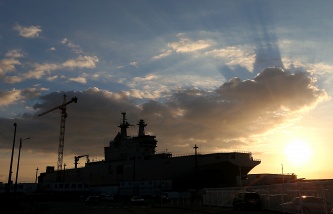 This was told Deputy Prime Minister Dmitry Rogozin in an interview with TV channel “Russia 24”.

“If calculated in rubles, the amount that we paid and then we back received, these amounts differ three times, by the way,” said he.

According to Rogozin, 2015 expiring year was important from the point of view of settling many complicated legal disputes.

“We resolved the issue on the “Mistral”, and, with great benefit for themselves,” he said.

According to him, the amount of the penalty is very significant for the budget.

We managed to maintain good relations with France.

“The matter is closed”

In the situation with the “Mistral” for Russia, the issue is closed, said earlier the Minister of foreign Affairs of the Russian Federation Sergey Lavrov.

“In regard to us, the matter is closed,” confirmed the Minister. He recalled that France has decided not to comply with their contractual obligations, citing the Ukrainian crisis.

We have no offense, no disappointments – we got very good money, and now they are not superfluous

“It looked strange, but, in any case, it is the decision of the French side, – said Lavrov. – We said that we will not attempt to change this decision, to dissuade France from what it has announced. Asked for money back and the money we have received in full. As for what we actually paid to French partners and for what we spent on the construction of some parts of these helicopter carriers on their cords and staff training”.

“So we are satisfied with how everything was resolved, – noted the Minister. No second thoughts here.”

The contract and termination 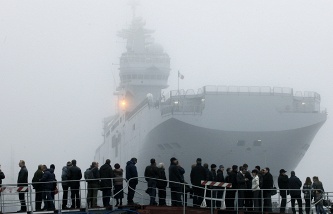 France has signed a contract with Russia for the construction of two helicopter carrier type “Mistral” for the Russian Navy in the summer of 2011.

However, Paris announced that it had decided to postpone the transfer of helicopter carrier to the Russian side, saying that “the situation in Ukraine”.

The contract was terminated in August.

Russia acquired from France in compensation order of 949.8 million euros.