CHITA, December 30. /Corr. Ilya Barinov/. The company “Russian Railways” (RZD) in 2015 invested 34.3 billion rubles in the development of material and technical base of the Transbaikalian railway (Zabzhd), reconstruction and modernization of its infrastructure.

“About 18.3 billion rubles of this amount is aimed at implementation on Zabzhd development project Eastern landfill Russian Railways, which is part of the state comprehensive program of development of Eastern Siberia and Far East”, – said on Wednesday the press-service of the Transbaikalian railway. 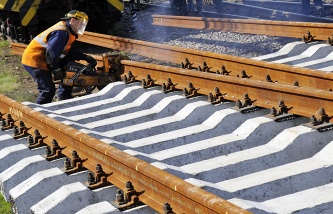 RZD in 2015 will invest 2.3 billion rubles in the road to the border with China in Transbaikalia

In the framework of the project carried out construction-Assembly works on reconstruction of six railway stations, extended the departure tracks at the station Belogorsk-2 in the Amur region, reconstructed the small and medium bridges built the bridge over the river Bureya.

“In 2015 on Zabzhd upgraded 350 km of track, located on the main course of the TRANS-Siberian railway. Volume of modernization is increased by 75 km in the previous year”, – said the press service.

Representatives of Zabzhd added that to ensure the materials of the permanent way in carrying out repair works in Chita on the basis of track machine station No. 184 built and put into operation the plant for the collection of rail-sleeper grid links. It set a high-performance conveyor Assembly provides an hour up to 100 meters of rails connected to the sleepers. “These facilities enable completely cover the annual demand of the road in this type of production”, – noted in the highway. 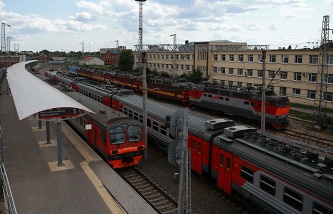 In 2015, continued renewing the locomotive fleet of TRANS-Baikal railway. For these purposes, the Russian Railways invested over RUR 12.6 billion To ensure the freight traffic in 2015 on the road received 86 new three-section electric locomotives ЭС5К “Ermak”. Their share in the total Park of locomotives on Zabzhd was about 80%.

“Modernization of the traction rolling stock has allowed to realize the operating domain of the railway technology driving connected trains of increased weight. In 2015 on Zabzhd has spent more than 10.6 thousand of such trains, which is a record figure on the RZD network. Operation of new electric locomotives also made it possible to reduce the energy intensity of traction resources of 3.4% and to improve energy efficiency,” – said the press service.

The length of Transsib on the site Zabzhd is 2266,7 km Railway passes through the territory of two regions: Zabaikalye territory and Amur region.