MOSCOW, December 30. This year has been difficult for the Russian banking system. The market took nearly a hundred credit organizations on sanitation was transferred to 15 players, among which tridtsadku included in the assets of the Bank “URALSIB”. However, the financial authorities are not recognized in these events the financial crisis, calling them “a working situation”.

However, in 2016, clearing the banking system from a weak and unscrupulous players may continue.

The largest of the rehabilitated were “URALSIB” owned by businessman Nikolai Tsvetkov. Talk about the financial problems and the possible sale of the Bank went the last three years. The buyer for this asset is found only in November this year became a businessman Vladimir Kogan, previously owned by Promstroibank, Bank “St.-Petersburg” and “Petrovsky”. 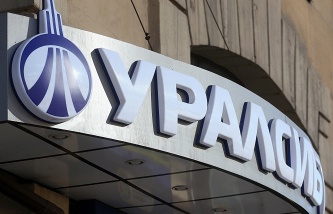 Kogan has redeemed not less than 75% of the shares Tsvetkov. For support of “URALSIB” Agency on insurance of contributions (ASV) has provided loans worth 14 billion roubles for 6 years and at 67 billion rubles for a period of 10 years.

The bankruptcy of “URALSIB” could be a shock to the banking system, because it is included in tridtsadku Russian banks by volume of net assets (348 billion rubles on 1 November 2015) and the first one on volume of deposits (151 billion).

For rehabilitation of Fundservicebank, the operating company of the military-industrial and space-rocket industry, including Roscosmos, was chosen by the Bank. To support the Deposit insurance Agency and the Russian space Agency has allocated about 66 billion rubles.

Obvious problems in Fondservisbank noted, but the Central Bank during supervision the Bank found evidence of a significant overvaluation of assets and the specificity of the client base (the Bank was 27 billion rubles Roscosmos), the regulator took the decision on its reorganization.

Later, Deputy Prime Minister Dmitry Rogozin said that through Fondservisbank from the space industry were withdrawn billions of rubles.

To find investors for banks who need health improvement, not so simple. This year, the financial authorities decided to create Megacenter banking market, placing these functions at the subsidiary Bank ACB “Russian Capital”. The Bank received a recovery of Sotsinvestbank, Ufa and St. Petersburg Bank “Soviet”.

As the media reported, in the future, “the Russian Capital” may have to change the status, having turned from the Bank to the agent of the government to rescue troubled companies. These conversations went once in December “the Russian Capital” has transferred to the sanitation of the construction company SU-155.

At the beginning of the current year lost license group banks, the former owner of the Bank “Globex” Anatoly Motylev: the Bank “Russian credit”, MOSSTROYEKONOMBANK, SBA and the Bank “Tula industrialist”.

CB: traditional banking business for the group banks motyleva had virtually no

CBR put an end to the banking business of Anatoly Motylev

CB: the “hole” in the capital group of Bank “the Russian credit” at least 50 billion rubles

“Traditional banking business in the group of banks practically did not exist, and funds have been deposited were placed in the interests of the owners of the group and associated companies”, were discovered by the staff of the Bank of Russia on results of check of the credit institutions.

Also left the market Probusinessbank, actively serving the small and medium business, and the Bank “the Messenger”, owned by businessman Maxim Nogotkov.

Crisis or no crisis

The events that occurred in the banking system in the current year, the head of Sberbank German Gref appreciated as a large-scale banking crisis, as evidenced by the zero profit banks, the growth of reserves, clearing the banking system from weak players.

His statement sparked a lively discussion in the financial community. Besides Gref, signs of the banking crisis saw neither the Central Bank nor the financial agencies – the Ministry of Finance and economic development.

“No signs of a crisis not see. There is no crisis, there are difficult, but the working situation as it was some time ago”, – said the first Deputy Chairman of the Central Bank Alexey Simanovsky.

“There are no systemic risks in the Russian banking sector is not, the level of capitalization of banks and access to liquidity do not cause any concern”, – said earlier by Deputy Finance Minister Alexey Moiseev.

Deputy Minister of economic development Nikolay Podguzov considers that the Russian banking system “is properly performing all functions of lending in both population and the real sector”.

In turn, the head of the DIA Yuri Isaev causes of the current situation of banks called the consequences of the 1998 default and that the recovery of the banking sector have not been conducted for many years.

According to him, many banks collapsed in fact in 1998, but de jure they continued to work. The Central Bank instead of for decades to clean up the sick banks from the system, forced to do this almost in an emergency mode, said Isayev.

“Now, when this reaction exists, those banks who were supposed to die back in 1998-1999, but were artificially preserved, leaving the market,” he said.

The banking system will decrease

According to Herman Gref, the cleaning process of the banking sector will last a few years, based on increasing capital requirements and from the point of view of introduction of modern technologies, transparency and risk management.

Sberbank CEO expects that in 2016 can be revoked the licenses of about 10% of Russian banks. At the moment it’s about 75 banks. If this forecast will come true, and will exit the market as many players, by the end of 2016 in the banking system continues to operate for about 660 banks.

This figure is clearly not afraid of President and Chairman of VTB Bank’s Kostin Andrea, which predicted that by 2020 the banking system can remain about 300 credit institutions and that will be enough to service the economy.

That the revocation of banking licenses will continue, indirectly evidenced by the fact that the DIA was asked to increase the size of the loan the Central Bank to make payments to depositors of bankrupt banks.