BEIJING, December 30. /Corr. Oleg Trutnev/. The people’s Bank of China (the Central Bank) lowered on Wednesday, the national currency of China Renminbi (the official name of the yuan) against the us currency at 31 basis points to 6,4895 per dollar. This is the lowest figure since may 2011. 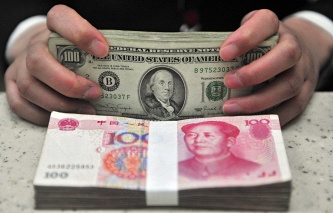 The Central Bank of China lowered its yuan exchange rate to at least 4.5 years to 6.49 per dollar

Earlier, China’s state Council and the people’s Bank of China stated the need to maintain the stability of the Renminbi, keeping it at a “reasonable and balanced” level. While the regulator continues to gradually increase the role of market factors in calculating the course.

The reform of the formation mechanism of the yuan exchange rate against the dollar started on August 11th this year, when the Chinese Central Bank announced the decision “to optimize the method of calculation”. After that, the yuan within three days was devalued against the dollar in the amount of 4.6% to 6,40 per dollar. Following this, the Chinese currency has strengthened, and on November 2 reached three-year high in 6,3154 for $1, but then its rate again began to fall.

November 30, the IMF Board of Directors decided to include from October 1, 2016 yuan in its SDR basket. Analysts indicate that this solution could also necessitate some weakening of the yuan, as the entry into the basket of reserve currencies will increase demand and cause growth rate.