For the first ten months of 2015, Russia’s trade with Ukraine decreased by 2.2 times. A possible ban on the export of Russian products will not affect the state of the market, Russian exporters will be able to redirect their supplies to other countries, say representatives of the Ministry of agriculture of the Russian Federation. 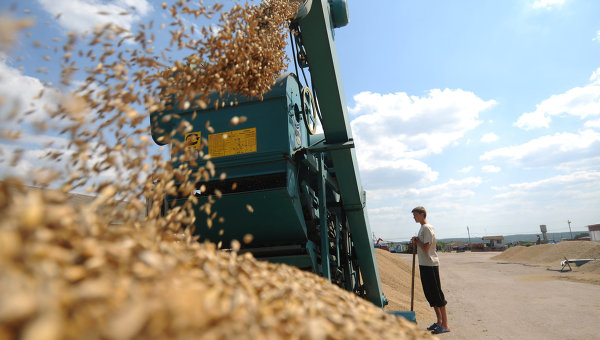 As noted in the Ministry, for the first ten months of 2015, the trade turnover between Russia and Ukraine compared with the same period of 2014 decreased 2.2 times, including the import has decreased in 3.6 times, export — by 20.6%.

“A possible ban on the export of Russian agricultural products will not affect the Russian market, while Russian exporters will be able to redirect its exports to other countries”, — stated in the message.

Earlier on Wednesday the first Deputy MAYOR of the Russian Federation Alexey Likhachev said that Russian farmers will not be affected much in case of a total ban of supplies of Russian agricultural products to Ukraine.

Russia from 1 January to protect its market for Ukraine introduces customs duties and food embargo, similar to that which acts against the countries that supported anti-Russian sanctions. In addition, Russia suspends Ukraine to the Treaty on the CIS free trade zone.

In turn the Ministry of economic development of Ukraine on Tuesday proposed to the Cabinet to suspend the country from January 2, the action of a free trade zone with Russia within the CIS, and also to impose an embargo on some Russian goods from January 10.