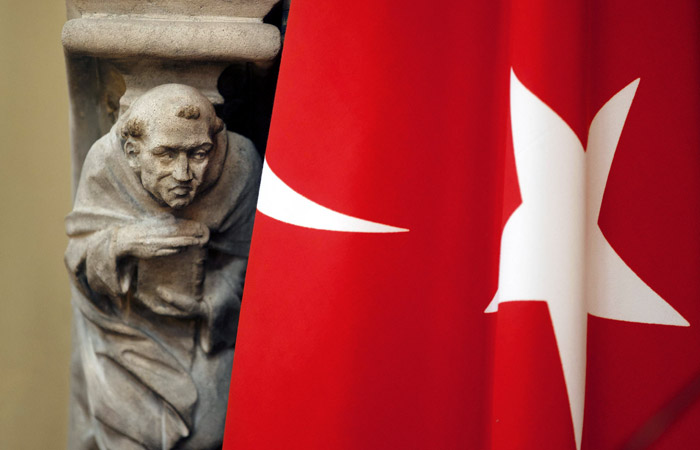 Moscow. December 30. The Ministry of economic development predicts a decline in the trade turnover of our country with Turkey by about $800 million in 2016. Appropriate assessment led by Deputy Minister Alexey Likhachev.

“Next year we expect a decrease in turnover at least the amount of the restrictions that Russia has imposed on food group, which is about $800 million So I think that in General cooling of relations with Turkey will impact on other indicators,” he said in an interview with TV channel “Russia 24”.

Turning to the restrictions in the service sector, the official added that the balance is not in favor of Russia. Turkey supplies services in Russia up to $13 billion, and their main part is tourism and construction. “Will fold reduction, perhaps we will achieve a just balance and our $4-4. 5 billion of supply will be balanced by potential supply of services by Turkish companies,” says Likhachev.

He recalled that pursuant to the decree of the President Prime Minister Dmitry Medvedev signed a decree banning Turkish companies from engaging in Russia certain activities. “What industry are we referring to? Of course, primarily tourism, tourist activities, hotel activities; construction, including architectural services and here is how time these positions include approximately 95% of the volume of services”, – said the first Deputy Minister of economic development.

Also, according to him, the list includes a number of less significant services, such as, for example, woodworking.

“What exceptions there are in this list? Two of them, globally speaking. The first is the so-called “grandfather clause”, i.e. the proliferation of this ban on the contracts that were concluded before the entry into force of the decision. That is, de jure, signed today, will be eligible to be implemented in accordance with the signed contracts. The second point: the government has by decree of the President the right to make withdrawals on specific future contracts,” said Likhachev.

The Ministry of economic development has a corresponding instruction of the government and intends to propose to take from the effect of restrictions relevant future contracts to have a significant impact on the socio-economic and commercial situation in Russia.

Earlier, the government approved the list of works that from 1 January it is prohibited to engage companies under the jurisdiction of Turkey or controlled by citizens of this country. First of all, we are talking about construction, hotel and tourist business.