Long-term programme for investment was expanded due to the introduction of new facilities, in particular, the construction of a branch from the ESPO pipeline to the Komsomolsk refinery. 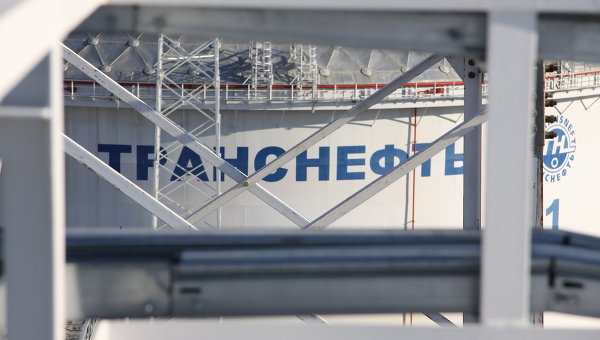 MOSCOW, 30 Dec. Long-term investment program of “Transneft” up to 2020 now include investments in the construction of new facilities at the level 986,195 billion rubles whereas a year ago the state monopoly of the oil pipeline was estimated this figure at 122 billion lower in 864,473 billion rubles, follows from materials placed on the website of the company.

As explained a press-the Secretary “Transneft” Igor Demin, a plan for long-term investments grew by 122 billion rubles due to the inclusion in the programme of four new objects.

In addition, have shifted the timing of some projects. So, the construction of the pipeline, Kuyumba-Taishet (total investment — 124,214 billion rubles) is expected to be completed in 2023, not in 2020. According to reports, in 2016 it is planned the commissioning of the first stage of the pipeline with a capacity of 8 million tons and 15 million tons of capacity will be expanded by 2023. Investments in construction in 2016 are estimated at 23,829 billion.

The completion of the expansion of the oil pipeline “Eastern Siberia — Pacific ocean” (ESPO) at the site Taishet-Skovorodino to 80 million tons per year deferred from 2019 to 2020. This is due to the adjustment plans of the oil companies on delivery of oil into the pipe, said Demin. In 2016, the project is expected to send 15,374 billion, total investment of 96 billion.

Reconstruction of main oil pipelines of Western Siberia to increase volumes of oil transportation in the direction of Taishet total value 59,417 billion rubles, according to the new plans, will be completed in 2025 instead of 2020. Investment in the project in 2016 are estimated at 13.4 billion rubles.

Investments in the construction of the Zapolyarie-Purpe next year will be 25,105 billion rubles, the total investment in construction — 236,81 billion. “Transneft” plans to put the pipeline into operation in the second half of 2016.

The postponement of the implementation also touched upon the second phase of the project “the South” (assumes the construction of oil pipeline on a site Volgograd-Tikhoretsk). Instead of 2017 the facility will go into operation in 2020. Total investment in the project will amount 32,976 billion roubles, of them of 10.375 billion planned for 2016.

The investment programme of Transneft in 2015 was enlarged by construction of a new oil products pipeline Samara-Volgograd (the third phase of the project “South”) cost 55,434 billion. According to Demin, the total cost of the third phase of the project “the South”, due to the expansion of areas Tikhoretsk-Tuapse and Volgograd-Tikhoretsk, will be 68,553 billion. In 2016, construction will be spent only 329,8 million rubles.

The development of the main trunk pipeline system for increasing deliveries of oil products to port Primorsk (project North) to 25 million tons per year will require in 2016 11,333 billion. Total investment in construction, which is scheduled for completion in 2018, is estimated at 36,358 billion.

Reconstruction of main trunk pipeline system to increase transportation volumes of oil products in the Moscow region with a total investment in 37,948 billion and completion in 2018, will require in 2016 12,391 billion rubles of investments.

Development of corporate data transfer network for creation of the uniform information system of JSC “Transneft” (program ERC), launched in 2012, is scheduled for completion by 2023. Total investments — 32,884 billion rubles, of which in 2016 will be 4.29 billion.