SIMFEROPOL, December 30. The head of the Crimea Sergey Aksenov asked the residents not to worry about interruption of the supply of electricity from Ukraine. The statement was circulated by his press service. 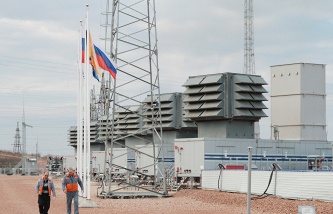 “On the Ukrainian electricity as we did not expect and not expect”, – said Aksenov.

He also reported that “at the moment, maintenance work in the Crimean power system, is necessary in order to ensure uninterrupted supply of electricity throughout the Republic.” “The situation is under full control of the Crimean authorities,” – said Aksenov.

On December 31st, two sessions of the Commission on liquidation of consequences of emergency declared because of the energy shortage: at 9:00 GMT and 18:00 ut, during which there will be coordinated actions of power engineers, national and municipal authorities in the period of new year holidays.