SIMFEROPOL, December 31. All the houses of the residents of Crimea for the New year should be provided with light and heat, despite coming off from Ukrainian lines. The task on Thursday was signed by the head of the Republic Sergey Aksenov to the heads of administrations at staff meeting on elimination of consequences of emergency situations (ES) associated with the deficit.

“The residential sector is a priority. All agencies that provide services to citizens in parts of New year celebrations shall be equipped with diesel generators. This is the main objective. The Crimean people should celebrate the New year in a good mood, with warmth and light,” – said Aksenov. 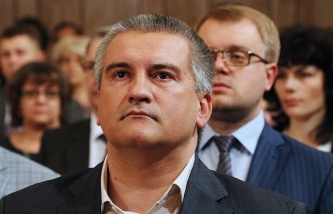 The night before it became known that stopped the flow on line “Kakhovka-Titanium”. According to data from Kiev, this happened “as a result of triggering systems of relay protection”. This line gave the Crimea no more than 150 MW – about 10% of the demand.

According to Aksenova, this was not a surprise for Crimea. “Nothing unusual there, all the problems that concern us as we expected. Including low temperature,” he explained, adding that the emergency mode is stored.

The state of emergency operating in Crimea as of 22 November, when the Peninsula was completely de-energized because of the erosion of the supports. Then went down all four power lines coming from Ukraine. The situation has improved with the launch on 2 December the first leg of the power bridge from the Krasnodar region, and the December 15 of the second leg has increased its capacity to 400 MW. Two more strands of the power bridge total the same capacity to be commissioned in the spring that would make the Crimea independent from Ukrainian electricity.