All services will do the job of the President, the head of the Crimea Sergey Aksenov. Previously, he had opposed the renewal of the contract for the supply of electricity from Ukraine and urged to rely only on our own generation. 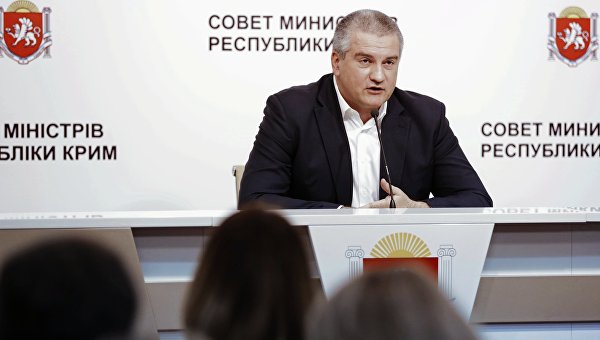 SIMFEROPOL, 31 Dec –. The head of the Crimea Sergey Aksenov I am sure that the Peninsula’s needs in electricity will be ensured by may of next year.

Crimea was completely disconnected on the night of 22 November — because of the erosion of the supports out of order, all four power lines coming from Ukraine. On the Peninsula were introduced a state of emergency, schedules of emergency outages. The situation has improved with the launch on 2 December the first leg of the power bridge from the Krasnodar region through the Kerch Strait, and enter December 15 of the second leg has increased its capacity to 400 MW. Two more strands of the power bridge total the same capacity to be commissioned in April-may of 2016, which will allow to fully provide Crimea with electricity without supplies from Ukraine.

The only high-voltage line Kakhovka-Titanium, which from December 8 to Crimea from the territory of Ukraine was supplied electricity totaling about 180 MW of power, out of order because of an accident on the night of December 31.

“I am confident that all services will do the job of President, and by may 1, Crimea will be fully provided with electricity,” — said Aksenov reporters.

Previously, he had opposed the renewal of the contract for the supply of electricity from Ukraine and urged to rely only on our own generation.

The contract on electricity supplies to Crimea from Ukraine expires on December 31. In the new contract Kyiv wants to include language stating that it is the territory of Ukraine.