Vice-Governor of Chelyabinsk region Ivan Senichev fired after media reports emerged that he allegedly forced the owner to give the regional administration of the two SUVs and obscenely expressed about the region. 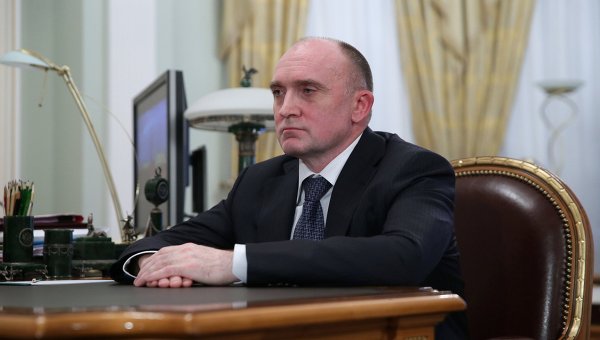 MOSCOW, 31 Dec. The head of the Chelyabinsk region Boris Dubrovsky fired his Deputy Ivan Senichev, which, according to media reports, allegedly forced the owner to give the regional administration of the two SUVs and obscenely expressed about the region, reported on the Governor’s website.

In mid-December, a source in the government of the region reported that Sinchew resigned at his own request.

“Dubrovsky signed a decree about the dismissal of Ivan Senichev with a position of the Deputy”, — stated in the message.

Earlier in mass media there was information according to the head chop “Python” Igor Kalugin that the Vice-Governor of Chelyabinsk region Ivan Senichev supposedly forces the entrepreneur to give the administration of the Chelyabinsk region two Range Rover SUV worth 9 million rubles each, and in case of failure threatens to destroy the business. The media also appeared record a phone conversation in which the official obscenely responded about the region.

The regional authorities reported that the incident will start a service check. In early November the Governor sent Senicheva in a leave without pay.