KIEV, December 31. The Ukrainian authorities in late January, will revise the budget figures for 2016, lowering itself in its forecast of GDP growth. This is stated in an interview with the head of the National Bank of Ukraine (NBU) Valeriya Gontareva edition Лига.net.

“At the end of January will be the revision of the indicators and, unfortunately, the GDP growth forecast is likely to be lowered. This is because the prices of all commodities continue to decline, and this greatly affects our GDP,” she said.

The head of the national Bank noted that the regulator approves the Verkhovna Rada adopted the budget for 2016. “We are very pleased that the country will go into the new year with the adopted budget. The budget is built on realistic basis, it used realistic macroparameters that are in the IMF program”, – said Gontareva. 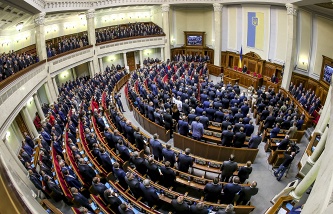 Last week the Verkhovna Rada adopted the state budget of Ukraine for 2016. It is based, according to IMF’s recommendations, on the draft of the new tax code. The IMF said earlier that the budget should be adopted well in accordance with the requirements of the Fund, otherwise, the program of international financial aid will be suspended. According to the document, the deficit in 2016 is expected to reach 3.7% of GDP, a spending level 667,7 billion hryvnia ($29.1 billion at current exchange rates), income – 595 billion hryvnia ($25.9 billion), inflation – 12%, GDP growth – 2%.

The average annual hryvnia exchange rate set at 24.1 hryvnia per dollar, the price of imported gas – $225 per thousand cubic meters.