Bishkek is considering the possibility of exit agreements with Russia on the upper Naryn cascade and Kambarata HPP-1 and finding new investors because of the difficulties experienced by the Russian economy, said President of Kyrgyzstan Almazbek Atambayev. 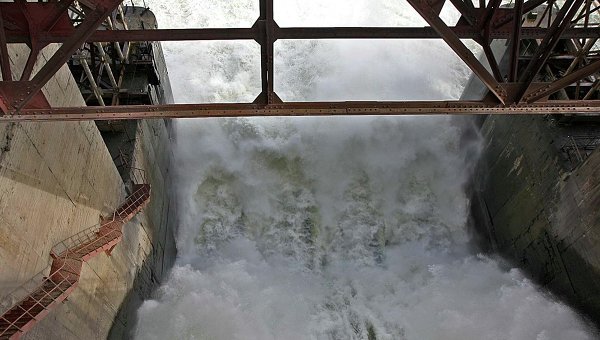 BISHKEK, 31 Dec. The government of Kyrgyzstan decided to denounce the agreement with Russia on the construction of the upstream Naryn HPP cascade, the draft resolution was adopted during the meeting of Kyrgyzstan’s Cabinet of Ministers on Thursday.

Earlier in December, the President of Kyrgyzstan Almazbek Atambayev said that Bishkek is considering the possibility of exit agreements with Russia on the upper Naryn cascade and Kambarata HPP-1 and finding new investors because of the difficulties experienced by the Russian economy. Atambayev said that he had found in this question full understanding with the Russian leadership.

As reported in the press service of the government, the decision on the denunciation made due to the fact that the Russian side “has recognized the impossibility of raising funds to implement the terms of the agreement”. “The government considers it appropriate to terminate the existing agreement, as the socio-economic situation in the country requires immediate decisions on new generating capacity for the needs of the country”, — said the press service.

“Draft decision of the government will be sent for approval to the Parliament, after which a final decision”, — said the representative of the press service of the Kyrgyz Cabinet of Ministers.

It was assumed that the Russian side allocates funds for construction, the Kyrgyz Republic grants the right of use of land and other assets as contribution to the authorized capital of the created joint ventures for the construction of power plants.