The program “Crimean railway” in Federal ownership will contribute to the development of railway communication. In addition, this measure is intended to improve coordination of works on construction of approaches to transport crossing through the Kerch Strait. 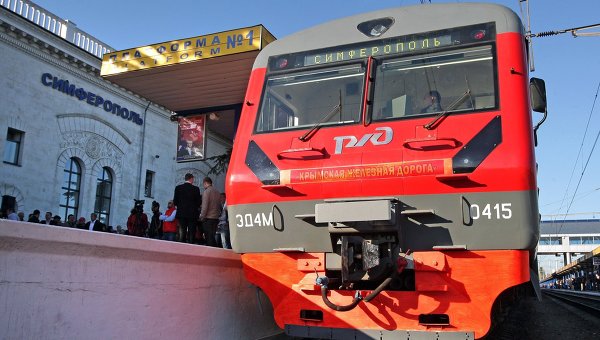 MOSCOW, 31 Dec. Russian Prime Minister Dmitry Medvedev signed a decree on the transfer of “Crimean Railways” from the ownership of the Republic of Crimea in Federal, reported on the website of the government.

“The transfer of GUP RK “KZD” to the Federal property will contribute to the development of railway communication with the Crimean Peninsula, creation of new logistic schemes and more effective integration into transport system of Russia, implementation best practices, used on Russian Railways…”, — stated in the help document.

In addition, this measure aims to improve coordination of work in terms of design and construction approaches to transport crossing through the Kerch Strait, to ensure the preparation of the railway infrastructure of the Peninsula to an increase in freight and passenger traffic.

The company within the jurisdiction of the Federal Agency for railway transport (Roszheldor).

The design of the bridge across the Kerch Strait to be built and enter into operation by the end of 2018, involves the construction of two parallel bridges under the road and rail traffic. The total length of the bridge will be 19 kilometers, maximum depth of immersion of the piles is 70 metres away. In the railroad planned to build a two way with an estimated speed of 120 kilometers per hour for passenger trains and 80 kilometers per hour for cargo.