In 2016 will continue to apply the European formula of gas price for consumers of Moldova. The remaining contractual terms of delivery and transit of gas also remains unchanged, said the press-service of JSC “Moldovagaz”. 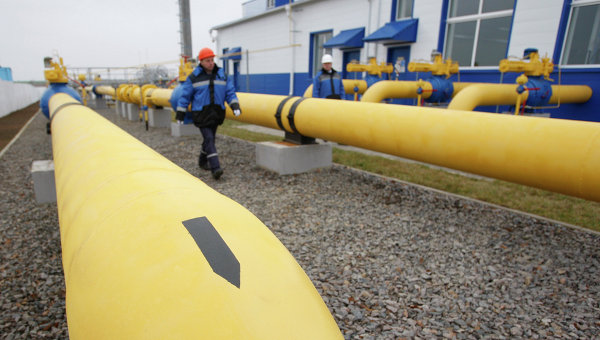 CHISINAU, 31 Dec. The enterprise of JSC “Moldovagaz” has extended to 2016 contracts with Gazprom for natural gas supplies and its transit through the territory of the Republic, reported on Thursday the press service of the Moldovan companies.

“The terms of existing contracts between JSC “Gazprom” extended by agreement of the parties until 31 December 2016. For this purpose, the parties signed the Addendum to the contract on conditions of natural gas supplies to Moldova in 2007-2011 and to the contract on conditions of transit of natural gas through the territory of the Republic in 2011″, — is spoken in the message of “Moldovagaz”.

Thus, the company says that in 2016 will continue to apply the European formula of gas price for consumers of Moldova, which is based on the arithmetic mean value of prices of sale of gas “Gazprom” in foreign countries and quotations of prices for oil products. “The remaining contractual terms of delivery and transit of natural gas will also remain unchanged”, — stated in a press release.

Gazprom, which owns 50% of JSC “Moldovagaz”, is the main supplier of gas to Moldova. Signed in November last year Addendum to the contract for 2015 provides for the conservation of the volume of deliveries at the level of 2014 ─ almost three billion cubic meters.

In the first quarter of 2015 contract price of Russian natural gas for Moldova amounted to 310,96 dollars per thousand cubic meters, which is 55,39 dollar less than the same period in 2014. In the second quarter price was 252,5 dollar, and the third 204 USD.