KIEV, December 31. “Naftogaz of Ukraine” has suggested to Gazprom to hold negotiations in connection with the adoption in Ukraine of new rules of pricing on services of gas transportation. On Thursday the press service of the Ukrainian company. 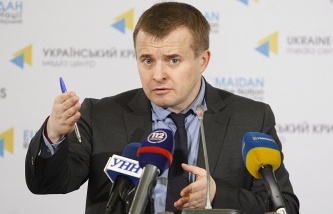 The change of tariff policy, as noted in the “Naftogaz”, is due to the fact that the national Commission, carrying out state regulation in spheres of power and utilities (CREATED), set the tariffs for the transportation of natural gas through cross border pipelines to points of entry and exit. “If earlier the cost of services for the transportation of natural gas that transits through Ukraine, was not regulated by the state and determined only by a bilateral contract between two economic entities – “Naftogaz of Ukraine” and PJSC “Gazprom”, from now on, the applicable rates are determined CREATED”, – stated in the message.

“At the same time, Naftogaz, as a responsible partner, offered Gazprom to negotiate on this issue,” he said.

Director of business development at Naftogaz Yury Vitrenko December 30 reported higher rates for the transit of gas through the gas transportation system. “Ukraine finally has radically raised “Gazprom” the transit rate in full compliance with the European principles,” he said. While Vitrenko has not specified how much it would cost the transit of gas and when take effect the changes. Going rate is $2.7 for the transportation of thousand cubic meters of gas per 100 km on Thursday, answering questions of journalists, Minister of energy and coal industry of Ukraine Volodymyr demchyshyn said that he did not know about the possible rate increase for the transit of Russian gas through Ukrainian territory. 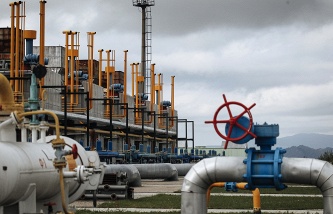 The national Commission of Ukraine for state regulation in the sphere of energy and municipal services on December 29, announced the introduction from 1 January 2016 the new tariff system for gas transmission based on the principle “input-exit”. This system is set to “payment for capacity at points of entry and exit” on the border of Ukraine. For all points of entrance there is a flat rate of $12,47 per thousand cubic meters. The price points ranged from $16,74 $32,80 per thousand cubic meters.

Subject to these rules applicable to existing agreements between Russia and Ukraine was not specified. Currently, the two countries signed a transit agreement, which expires only in 2019.