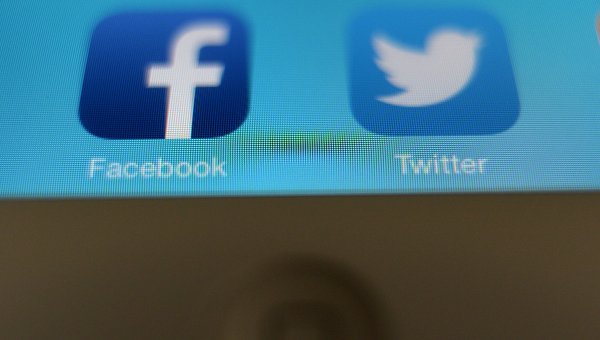 MOSCOW, 31 Dec –. Social networks have become part of the Arsenal of politicians around the world. Edition Ria.ru prepared a compilation of the most striking statements made by politicians on the Internet in 2015.

Some politicians got accounts in social networks recently. U.S. President Barack Obama got his own microblog on Twitter in may, and he joked former President bill Clinton, asking what will happen to the blog after the departure of Obama from office. Clinton hinted that the next President could be his wife Hillary.

Social media is and Cristina Fernandez de Kirchner, the former President of Argentina. In April, after meeting with Vladimir Putin in Moscow Kirchner wrote on Twitter thankyou in Russian: “Thank you, Russia!”.

Bright comments, as a rule, accompanied by the statements of Ukrainian and Polish politicians. In January, social media was discussed the controversial statements of Prime Minister of Ukraine Arseniy Yatsenyuk and foreign Minister of Poland Grzegorz Schetyna. The words Yatsenyuk on “the invasion” of the USSR on the territory of Ukraine and Germany criticized in the city. “Compared Ukraine to Nazi Germany is “five”, — wrote in Facebook adviser to the head of the Ministry of defense of Ukraine Alexander danyluk. And the statement Schetyna about the liberation of Auschwitz Ukrainian soldiers provoked ironic reactions from Vice-Premier of Russia Dmitry Rogozin.

Grzegorz Schetyna meant something quite different. He wanted to say that Ukrainians(Banderas) did not liberate Auschwitz, and was guarding him. Confused a bit

The statements of President Petro Poroshenko repeatedly provoked a flurry of comments on social networks. After Poroshenko called Russia and Ukraine are different universes, Dmitry Rogozin in Facebook noted that it “will inform the Roscosmos”. Many statements in response was caused by the message Poroshenko in Facebook that the genius of the Ukrainians has changed the world. So, Alexei Pushkov in Twitter gave a rating of “genius” some Ukrainians:

A sharp reaction was caused by the February statement of Saakashvili about the ability of the Ukrainian military to “capture all of Russia”. The head of Chechnya, Ramzan Kadyrov wrote in Instagram that Russia didn’t manage to capture anyone, “especially not succeed Saakashvili and Poroshenko, who recklessly run to the canadian border, if in Moscow once will stomp their foot”.

Ukraine has again attracted the attention of social networks in December, when in the Parliament there was a scuffle between Deputy Oleg Bar and the Prime Minister Arseniy Yatsenyuk. Vice-Premier of Russia Dmitry Rogozin wrote in Facebook that Ukraine “takes out the garbage from a log hut” and then joked about this incident in Twitter.

The hand of Moscow pic.twitter.com/EEALKuKuUR

“A clear example of a hybrid war in Ukraine. The hybrids in front of you,” wrote the official representative of Russian MFA Zakharova on his page in Facebook. The British Ambassador in Kiev, Judy Gough saw some romance in this scene. “Flowers and hugs? – Gough joked on Twitter. I hope this will not detract from the expected progress in Parliament this week”.

Flowers and a hug? I hope this doesn’t distract from welcome progress in the @verkhovna_rada this week

Ironic messages in social networks has become famous and the Russian Embassy in the UK. In September the Embassy “Petrolia” Prime Minister David Cameron, who after his election as leader of the opposition socialist Jeremy Corbyn said the “threat to national security” by the labour party. “Just imagine the headlines in the British media, if the Russian President said the main opposition party a threat to national security,” said the Embassy on Twitter.

With targeted applications on social networks has always supported the representative of the Russian foreign Ministry Maria Zakharova. “Someone else Charles?” — this is the question asked Zakharova on his page in Facebook after the publication of the magazine Charlie Hebdo of caricatures on the theme of the crash A321 on the Sinai Peninsula.

The Ministry of foreign Affairs in July unexpectedly “flirted” with Facebook users. Office in a playful way wished the Russians have a good weekend, posting a coub is a video, in which Sergei Lavrov to the sound of the singer cher’s “The Shoop Shoop Song” waving, smiling and blowing a kiss.