The Protocol on certain aspects of importation and distribution of goods was prepared by the Eurasian economic Commission and signed in connection with accession of Kazakhstan to the world trade organization. 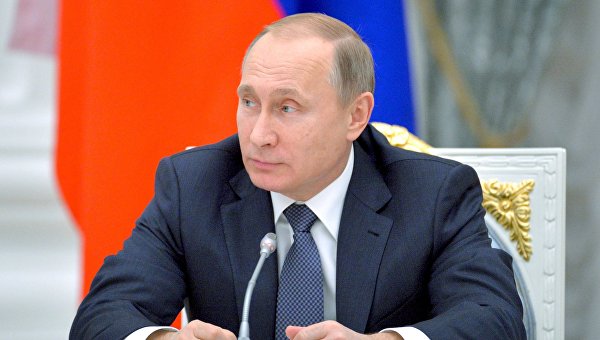 MOSCOW, 30 Dec. The President of Russia Vladimir Putin signed the law on ratification of the Protocol on certain aspects of importation and distribution of goods in the customs territory of the Eurasian economic Union (EEU) which was signed in connection with accession of Kazakhstan to the world trade organization (WTO), the corresponding document posted on the official portal of legal information.

The Protocol was prepared by the Eurasian economic Commission jointly with the authorities of Russia, Armenia, Belarus, Kazakhstan and Kirghizia in connection with accession of Kazakhstan to the WTO to minimize the risks for the economies of member States of the EAEC and the functioning of the single market for goods. Kazakhstan this year after years of negotiations, joined the world trade organization, becoming the 162nd member of the WTO.

The Protocol obliges Kazakhstan to take measures to prevent the export to other member States of the EAEU of the goods issued at reduced rates of import customs duties. In addition, it defines a General scheme of circulation of goods, for which Kazakhstan may apply reduced rates of import customs duties, the mechanism of administration and control over the circulation of such goods.

The Protocol was signed by heads of member States of the EAEU Supreme Eurasian economic Council on October 16, 2015.