Delivery of the products the company Sen Pilic Gida Sanayi A. S of Turkey will be banned from January 5, due to detection of mesophilic aerobic and facultative anaerobic microorganisms. 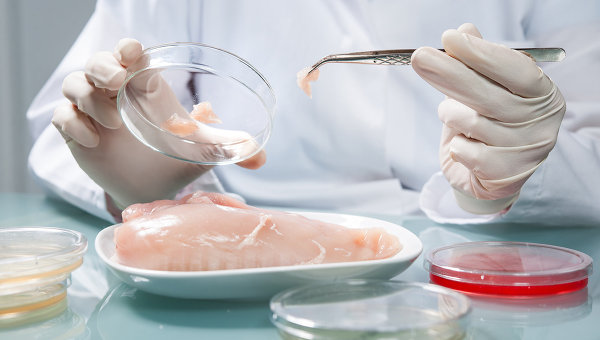 MOSCOW, 31 Dec. The Rosselkhoznadzor imposes temporary restrictions on 5 January 2016 for the supply of meat, offal and fats of poultry production a Turkish company Sen Pilic Gida Sanayi A. S., according to the records of the office.

Limitations associated with the identification of mesophilic aerobic and facultative anaerobic microorganisms in the production of Sen Pilic Gida.

In the case of entry on national territory of products with this company, shipped before January 5, 2016, the decision regarding the clearance of such cargoes is accepted in a usual mode with the subsequent obligatory laboratory control on safety indicators, the Agency said.

Earlier in December, Russian authorities had imposed tight control on the supply of chicken meat with this Turkish company. However, time constraints of the Rosselkhoznadzor coincided with the General restrictions on the importation into Russia of a number of types of food products from Turkey, on the basis of which the chicken meat from the Sen Pilic Gida are not supposed to enter the Russian market in January.

Russia imposed a series of economic restrictions against Turkey, whose air force on 24 November brought down a Russian su-24 bomber. From 1 January 2016 the Russian Federation prohibits the importation from Turkey of certain products — including, in particular, entered and chicken.