BUENOS AIRES, December 31. /Corr. Elena Kondratieva/. The new government of Argentina decided to suspend the publication of official economic data until then, until the reorganization of the National Institute of statistics and census (INDEC). On Wednesday the Minister of Finance of the Republic Alfonso Prat-gay. 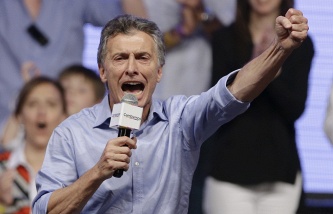 The new President of Argentina Mauricio Macri: the end of an era “kirchnerismo”

“The government has declared a state of emergency in the area of statistics, to restore the truth,” he said at a press conference. According to the Minister, this measure will provide the Director of INDEC Jorge Todesca “necessary tools” to reorganize the Institute.

“The new leaders (INDEC) came to the conclusion that in the current situation it is impossible to publish figures that were published usually, said Prat-gay. – We want INDEC stopped lying, so he started again to speak the truth, and we will succeed eventually”.

The Minister stressed that the government is not going to prohibit private research firms to publish their inflation estimates, “as it was before.”

Over the past few years, official data on inflation, GDP and poverty in Argentina differed significantly from the assessments of private companies. In October the managing Director of the IMF Christine Lagarde noted that Buenos Aires has modified the methodology of calculation of the key macroeconomic indicators, however, it is still not in line with international practice.