The bill applies only to electric power facilities, including nuclear power plants. It is expected that authorities will redeem at utility objects, which are necessary to provide citizens. 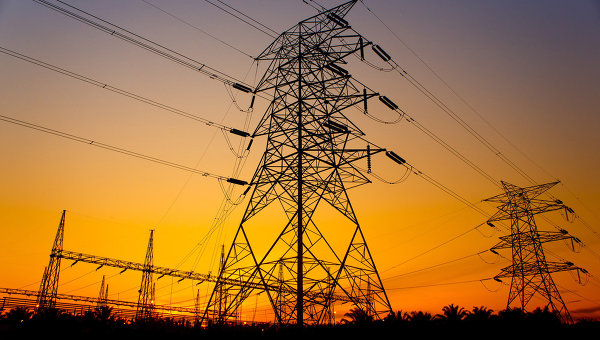 MOSCOW, 31 Dec. The Ministry of energy of the Russian Federation to the authorities to buy from the utility power generation facilities that the company wants to withdraw from the operation and which are necessary to ensure the population, according to a published Agency draft of amendments to the Federal law “On electric power industry”.

The bill generally defines the basic rules of a conclusion from operation of objects of power — how power grids and power plants. The industry has long talked about the need to define such rules and also of the mechanism of compensation of costs of energy companies for withdrawal of facilities. The bill describes General aspects, in particular what rules of inference of the objects will be determined by the government of the Russian Federation.

According to the document, initially the proposal for the withdrawal of the facility should raise its owner. The proposal must then be agreed with “System operator UES” and the owners of other objects, which may affect the planned withdrawal of equipment from service. The economic consequences of withdrawal for consumers is proposed to evaluate the Association of the “NP “market Council”. The decision to decommission or its postponement, prohibition is accepted by the authorized Federal authority.

The bill applies only to electric power facilities, including nuclear power plants. If the power plant produces electricity and heat output from thermal power operation should be carried out in accordance with the law on heat supply. Also clarifies that if the owner announced the withdrawal, for example, equipment that produces electricity, it must agree on the output and power grids, working as a part of such equipment.

“The government of the Russian Federation shall have the right to require owners to put these objects (scheduled for decommissioning — ed.) for the tender sale and in the absence of other persons interested in acquiring such facilities to exercise their redemption in order to preserve the life support systems of the population living in corresponding territory”, — stated in the bill.

By analogy with the procedure “technological connection”, i.e. connection to the power grid, introduces the concept of “technological disconnect”. It is assumed that the cost of disconnecting from the electricity grid will be regulated by the state. Required activities under the disconnect will perform power grid company. The cost of disconnection it is proposed that the costs of implementing the activities included in the investment programme of the electricity grid, because of Investstroy taken into account in the tariffs.

The issue price is not yet resolved

It is assumed that the prices of electricity and capacity of power facilities, which temporarily suspended the decommissioning, should include a component for reimbursement of the owner to continue to operate the facility.

If it will have a list of activities required for output object (for example, construction of a new electricity grid when the output from the power plant), the prices are invited to consider component for reimbursement of the owner for these activities. What part of the expenses of the owner can be compensated, the draft law does not specify, though this question is debated by consumers and producers of electricity.

The problem of decommissioning of inefficient power plants have escalated this year. According to the results of competitive capacity outtake for 2015 status of forced generation (and, often, increased cost for power), according to the “System operator UES”, was 18.1 GW of inefficient capacity, more than double the result 2014.

The Ministry of energy agreed with the proposal of “System operator UES” mothball excess capacity, published in August, the relevant draft resolution of the government of the Russian Federation. The paper proposed after carrying out of competitive selection of capacity (KOM) for 2016 and the years of 2017-2019 for a selection of applications of energy companies on the decommissioning of equipment in long term reserve.