MOSCOW, December 30. Russian Yuri Efremov released from custody in Finland and is already at home. It was stated by Commissioner of the Russian foreign Ministry on issues of human rights, democracy and rule of law Konstantin Dolgov. 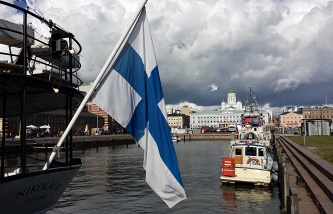 “The Finnish authorities today decided to release from custody a Russian citizen Yury Efremov who was arrested by the Finnish authorities some time ago in the U.S. – said Dolgov. – According to available information, currently – just a few minutes ago: Yuri Efremov crossed the border of the Russian Federation, it is in Russia. Yefremov was taken to the border and crossed it on the car of the Russian Embassy in Helsinki, accompanied by two diplomats of the Embassy”.

Russia welcomes the decision of Finland

Russia welcomed Finland’s decision to release Yuri Efremov, it was taken for lack of grounds from the USA. “We welcome the decision of the Finnish authorities, it was accepted for lack of sufficient grounds submitted by the American authorities sought the extradition of Ephraim in the USA”, – said the diplomat.

However, he noted, in pre-trial detention facilities in Finland there are three Russians detained this year on the requests of the United States.
“We hope that the Finnish authorities would show an equally responsible approach and in relation to those of Russian citizens and will take the decision on their non-surrender to the American authorities”, – said the Agency interlocutor.

“It must again be stressed in this regard: applied by the American authorities the practice of the extraterritorial engagement of national legislation in the United States against the Russians categorically unacceptable, violates international law, is contrary to the relevant legal framework in Russian-American relations,” he said.

Moscow will continue to encourage the U.S. government “discontinuing the use of these illegal practices, prevent future gross violations of the rights and legitimate interests of Russian citizens and ignoring the American authorities a fundamental principle of the presumption of innocence in respect of the Russian citizens”.

Earlier, the Commissioner of the Russian foreign Ministry on issues of human rights, democracy and rule of law Konstantin Dolgov said that Moscow considers unacceptable the possible extradition of Ephraim from Finland to the USA where he may face “justice on-American”.

“We consider inadmissible the extradition of Ephraim in the USA, where he, like many other Russians, could face openly politicized and biased “justice in America”, as well as the application of illegal measures of physical and psychological pressure to obtain the desired testimony, – said Debts. – We hope that in Helsinki understand the importance of our repeated explanations on this subject.”