The supply of Crimea from Ukraine on line Kakhovka-Titan interrupted because of the accident. On the Peninsula remains the state of emergency. 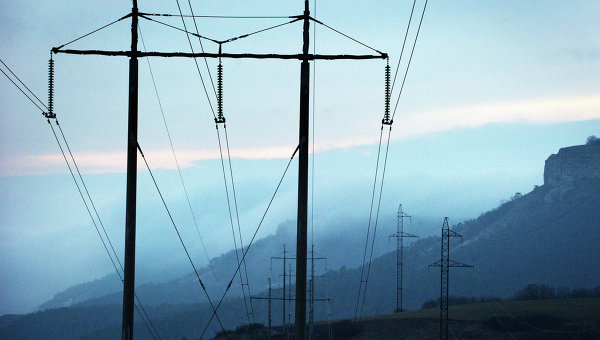 SIMFEROPOL, 31 Dec. Total power capacity available to the Republic of Crimea, excluding Sevastopol, is now 700 megawatts, said during the meeting of the operational headquarters for emergency response as of 31 December, the Minister of fuel and energy Svetlana Borodulina.

“Our limit (Republic of Crimea, Sevastopol without) is 700 megawatts (capacity), the added flow from the Taman (the energy bridge across the Kerch Strait) 40 MW and there is an additional station mgtes 22 megawatts,” said Borodulina.

The Ukrainian party on 8 December resumed the flow of electricity to the Crimea in one of the four high-voltage power lines Kakhovka-Titanium-voltage class 220 kV, the other three lines 330 kV de-energized. December 30, the flow on line Kakhovka-Titanium was interrupted because of the accident.