Another innovation was the schedule flexible tariff regulation. According to the approved provisions, changes to the fare occurs on the calendar periods. 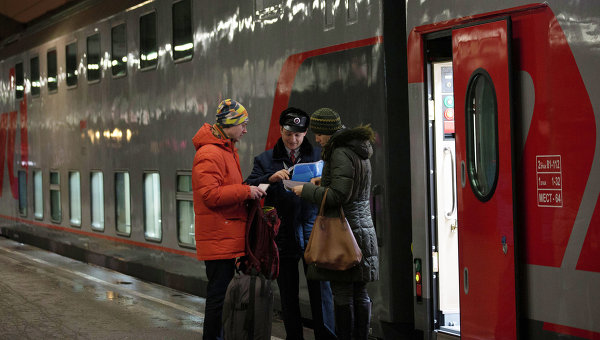 MOSCOW, 1 Jan. Tariffs for journey in reserved seat and General cars from January 2016 indexed to 4%, in a compartment, SV and “luxury” trains its own formation, by 5%, according to RZD.

The rate in an adjustable segment (reserved seat and General cars) for “Federal passenger company” (FPC, “daughter” RZD) defines the Federal Antimonopoly service. Tariffs for transportation of passengers in the unregulated segment (SV, coupe and Deluxe) sets FPC in consultation with the FAS.

“From 1 January, the tariffs for railway passenger transportation in the regulated segment (couchette and General cars plying on domestic routes, as well as in railcar rolling stock in trains of JSC “Federal passenger company”) indexed at 4 % in 2015″, — stated in the message RZD.

Also comes into force a new schedule of flexible regulation of tariffs in this segment. According to the approved schedule, the change in the fare occurs on the calendar periods. So, in 2016 the lowest fares – 50% below the annual level will be valid for trains departing from 8 to 9 may.

FPC also extended to 2016 the right of regulation of tariffs in second-class sleepers and standard cars within a set level, which was given to the company from 1 January 2015. This gave the opportunity to offer passengers special fares that allowed them to purchase discounted tickets.

“A differentiated approach to the cost of travel was used, depending on the depth of the sale of travel documents and the location of places in second-class carriages. Thus, in some periods of the year 2015 the discount rate reached 45%. This year the company will continue to make use of a variety of promotions for passengers”, — noted in the Railways.

The company noted that in 2016 in coupe and ST in all categories of trains will continue the practice of differential periods of the calendar year ratios of change rates.

According to the approved schedule flexible regulation of tariffs, in 2016, the fares for long-distance communication are less than or equal to the average level for 196 days. Accordingly, in a period of 170 days will be in effect multiplying factors.

Knowing the coefficients of regulation of tariffs for transportation of passengers in long-distance trains, passengers can pre-plan a trip and reduce the costs associated with it. Seasonal changes of tariffs included in the ticket price.

The lowest level of tariffs at 10% below the annual average level provided in the periods from 11 January to 18 February, 24 February and 3 March, 9 March to 28 April, from 1 October to 2 November and 7 November to 16 December.