MOSCOW, January 1. The President of Russia Vladimir Putin has signed a decree on measures to ensure economic security and national interests of the Russian Federation for transit of cargoes from Ukraine to Kazakhstan across Russian territory. Relevant document posted Friday on the official portal of legal information. 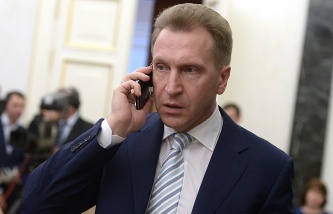 Shuvalov: Russia, Belarus and Kazakhstan have developed control measures to the transit of goods from Ukraine