These measures have both environmental and economic justification. Called drift fishing using long nets. They are placed in the path of the fish that are spawning. 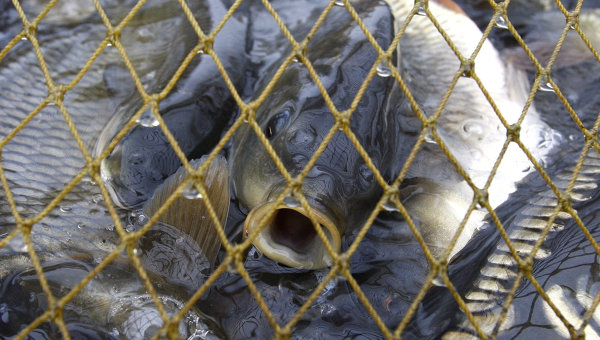 MOSCOW, 1 Jan. Russian Federation from 1 January 2016, introduces a ban on drift-net fishing carried out in the exclusive economic zone of Russia, which aims to ensure the economic security of the country.

Called drift-net fishing using a long, multikilometer networks — drifters. They are placed in the path of the fish that are spawning. In the end, caught mixed populations of different species of salmon, including spawning stock. Every year in Russia this type of fishing produces about 17 thousand tons of salmon, of which the most valuable species — sockeye salmon — about 10 thousand tons. Now in the far East of Russia this form of fishing are 35 Japanese and 16 Russian vessels. They block up to 1.6 thousand kilometers of sea on the approach waterways for salmon to spawn.

According to the calculations of the administration of the city of Nemuro in Hokkaido, which is the center of the drift-net fisheries, the damage to the Eastern regions of Hokkaido after the ban will be about 203 million dollars per year.

Japanese fishermen have fished in the area of the South Kuril Islands before the Second world war, when this area belonged to Japan. In 1977 with the introduction here of the 200-mile exclusive economic zone of the USSR fishery has been discontinued. Since the mid 1980-ies on the basis of bilateral intergovernmental agreements Japan receives from the Russian Federation of quotas for catches, for which Russia pays in advance stipulated sum.

As explained in the Federal Agency for fishery, the imposition of this ban has had both environmental and economic justification. “Drift-net fishing primarily focuses on catches of sockeye and chum salmon, enjoying the high commercial demand, in this case, according to expert data, the drifter, there are significant emissions of other types of salmon, scientists have also noted the negative impact of drift-net fishing on the state of stocks of Pacific salmon, especially sockeye salmon, spawning which occurs primarily in the rivers of Kamchatka”, — told the Agency.

They also specified that reduce the overall volume of catch anadromous species of fish prohibition of drift-net fishing would not lead, rather, “if drift-net fishing previously acted as additional fishing capacity, at the present time the amount allocated to ensure drift-net fishing, it is possible to successfully develop a coastal fishery and processing at the coastal enterprises.”