Prohibited, in particular, the import of Turkish products, suspended a visa-free regime, cancelled Charter flights, the majority of Russian employers shall not employ Turkish citizens. 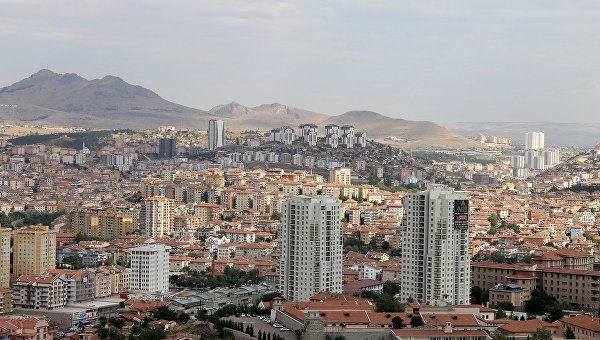 MOSCOW, 1 Jan. Special economic measures against Turkey come into force in Russia on 1 January, in particular, prohibited the import of Turkish products, suspended a visa-free regime with Turkey, cancelled Charter flights, the majority of Russian employers shall not employ Turkish citizens. President Vladimir Putin also instructed to prohibit or restrict the activities under the jurisdiction of the Turkish organizations in Russia.

Relations of Russia and Turkey are in crisis after November 24, Turkish F-16 shot down in Syria, the Russian bomber su-24. Putin then signed a decree on measures to ensure national security and on the special economic measures against Turkey, and the government took the decision in furtherance of this decree.

The Ministry of agriculture and the sellers stated that Turkey’s share in the supply of food is so small that to replace it with other not working. The Minister of economic development of Russia Alexei Ulyukayev, in turn, predicts short-term price growth is on a few tenths of a percent. However, serious consequences for the Russian economy, he said, should not be expected.

With regard to the employment of Turkish citizens, then hiring from 2016 allowed 53 companies in Moscow and St. Petersburg, Tatarstan, Bashkortostan and Crimea. It also included organizations from Krasnodar, Vladimir, Kaluga, Moscow, Nizhny Novgorod, Samara and Tyumen regions, the Yamalo-Nenets Autonomous district. These organizations work in the construction, automotive, production of building materials, plastic pipes and fittings, sanitary ware and floor coverings.